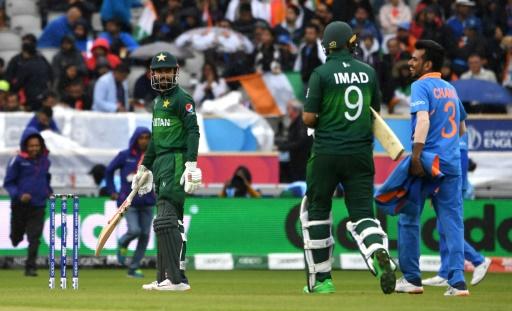 LONDON June 17: The International Cricket Council defended the farcical finish to India’s World Cup win over Pakistan after rain left Sarfaraz Ahmed’s side with a seemingly impossible task on Sunday. Pakistan were 166 for six, chasing an initial target of 337, when rain stopped play after 35 overs. Had the match ended then, they would have lost by 86 runs under the Duckworth/Lewis method for rain-affected matches.

But the umpires decided play could resume, only for Pakistan to be left needing an outlandish further 136 runs off just five more overs to reach a revised D/L winning score of 302 in 40 overs.

“Cricket is prone to farce – this is up there, this is a top five moment,” said Jonathan Agnew, the BBC cricket correspondent.

Fellow BBC radio commentator Graeme Swann also questioned the decision to leave Pakistan needing a run-rate of nearly 28 an over.

The former England off-spinner said: “If you’re at home and you are trying to explain this to children just say that sometimes grown-ups do things that don’t make sense.”

Pakistan, unsurprisingly, got nowhere near their new target and lost by 89 runs under D/L, with only rank outsiders Afghanistan now below the 1992 champions in the 10-team table.

But an ICC spokesman told AFP that, with net run-rate a potential tie-breaker in qualifying the top four for the semi-finals if teams are level on points, it would have been wrong to end the game any earlier and so, at the very least, deny Pakistan the chance to boost their rate.