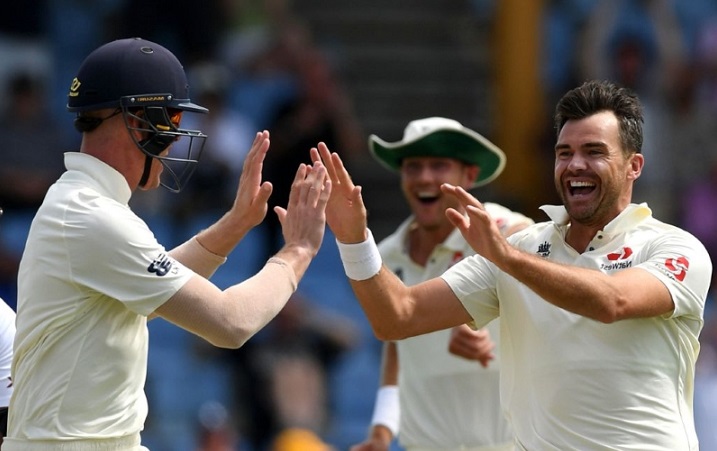 ANTIGUA Feb 13: James Anderson and Moeen Ali starred as England wrapped up a resounding 232-run victory over Windies in the third Test in St Lucia.

Joe Root, who won praise in the morning for challenging Shannon Gabriel, was finally dismissed for a brilliant 122 as the visitors declared on 361-5, setting the home side an unlikely 485 for victory.

England’s bowlers wrapped up the win just under two hours into the evening session of day four, during which it was revealed that Gabriel had been charged with a breach of the International Cricket Council’s (ICC) code of conduct following his exchange with Root.

Gabriel and Root’s exchange dominated headlines in the morning but once Root declared and England began bowling it was all about Anderson and a stunning Ali catch.