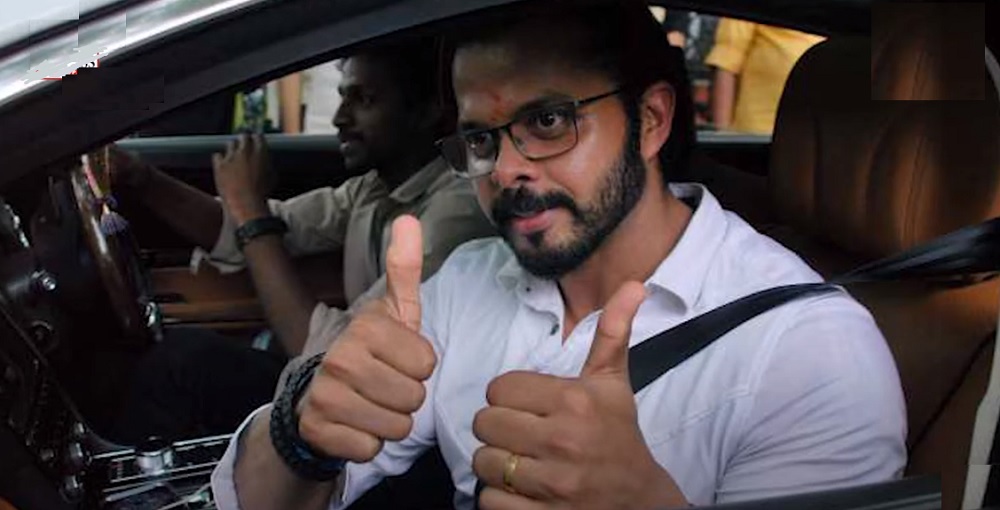 MUMBAI Sept 14: S Sreesanth’s ban for alleged spot-fixing came to an end on Sunday, concluding a seven-year punishment that was originally meant to be for life and was aggressively contested by the flamboyant bowler. The 37-year-old has already made it clear that he intends to resume at least his domestic career at the end of the ban and his home state Kerala has promised to consider him if he manages to prove his fitness.
“I’m completely free of any charges nd anything nd now gonna represent the sport I love the most.will give my very best to every ball I ball even (if) it’s just practice,” he tweeted on Friday, a couple of days before the end of his suspension.

“Just have another 5 to 7 years max to give it all I’ve got nd I will give the very best to any team I play,” he added.

Kerala Cricket Association (KCA), Sreesanth’s home association, is happy to bring him back into the fold for the upcoming domestic season should he prove his form and fitness.

“Sreesanth has shown the keenness to play by training hard and keeping himself fit,” Kerala coach Tinu Yohannan told ESPNcricinfo. “We’ve been in touch [with him]. We will consider him, but it will depend on his form and fitness. But the door is open.”

“…the BCCI is making all efforts to ensure that domestic cricket resumes as and when the conditions permit,” BCCI President Sourav Ganguly wrote in a recent letter to presidents and secretaries of its affiliated member associations.

Sreesanth’s life ban for alleged spot-fixing in the 2013 edition of the IPL was reduced to seven years by BCCI Ombudsman DK Jain last year.

Jain had observed that the cricketer is well past his prime having already served six years. The BCCI banned Sreesanth in August 2013 along with his Rajasthan Royals teammates Ajit Chandila and Ankeet Chavan.

But on March 15 last year, the Supreme Court set aside the BCCI disciplinary committee’s order and asked the Board to reconsider the quantum of punishment.

“I will never ever cheat cricket even when i am playing a friendly match..I don’t ball (bowl) easy ones or try to loose…so pls get that right with everyone…” Sreesanth posted recently.

Sreesanth played 27 Tests and 53 ODIs for India, taking 87 and 75 wickets respectively. He has also taken seven wickets in 10 T20 Internationals.

The temperamental pacer was also popular for his exuberant celebrations after taking wickets but his life and career went downhill after the spot-fixing scandal. However, he maintained his innocence throughout the damaging controversy. – PTI