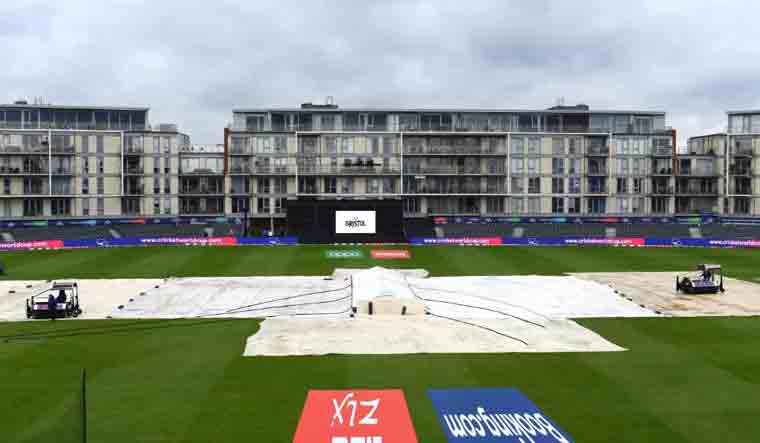 BRISTOL June 12: Sri Lanka’s World Cup game against Bangladesh was called off on Tuesday without a ball being bowled as a record third match in the tournament was abandoned due to rain.

Heavy overnight and early morning rain dashed hopes of a scheduled start of play at 10.30 am (0930 GMT) as covers remained on the pitch and square in Bristol.

As many as three pitch inspections had to be called off at different stages, before the game was eventually abandoned at 1.55 pm.

Less than eight overs were bowled before West Indies and South Africa shared a point each in a washed out game at Southampton on Monday.

The previous highest number of abandoned games in a World Cup edition was two, in 1992 and 2003.

Sri Lanka, who already had a game called off against Pakistan in Bristol last week, now have four points in four games, while Bangladesh remain in the bottom half of the standings with three points.

Rain is forecast for Wednesday’s match between Australia and Pakistan at Taunton, and also on Thursday at Trent Bridge, when India take on New Zealand.