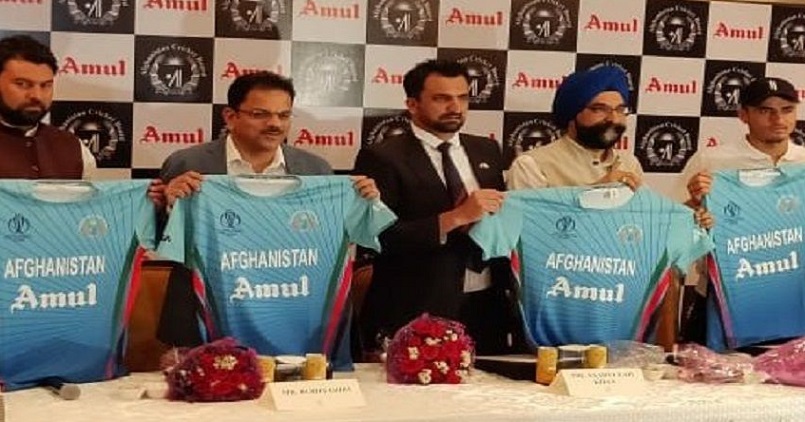 New Delhi May 8 : Dairy major Amul will be the principal sponsor of the Afghanistan cricket team for the upcoming ICC World Cup hosted by England and Wales, its Managing Director R S Sodhi said Tuesday.

“Amul will be the principal sponsor of Afghanistan cricket team in the coming ICC World Cup. We believe that Afghanistan will be a strong contender as it is fastest-growing team,” Sodhi told reporters here.

This is the third time that Amul is sponsoring a cricket team in the World Cup, he said adding that the company had associated with New Zealand and Holland teams in earlier World Cup tournaments.

When asked about the sponsorship deal with the Afghanistan cricket team, he declined to comment.

However, Sodhi said the company annually spends only 0.8 per cent of its annual turnover on advertisements.

GCMMF posted a 13 per cent increase in turnover at Rs 33,150 crore during the last fiscal year driven by strong growth in volume.

Elaborating more on the tie-up, Sodhi said the logo of brand Amul will appear on the team jerseys as well as on training kits throughout the World Cup.

“We will try to leverage from our association with the Afghanistan cricket team,” he said, when asked whether there are plans for TV campaign.

“This is a big moment for Afghanistan cricket and we are happy that Amul will sponsor us for the world cup,” Afghanistan Cricket Board Chief Executive Officer Asadullah Khan said.