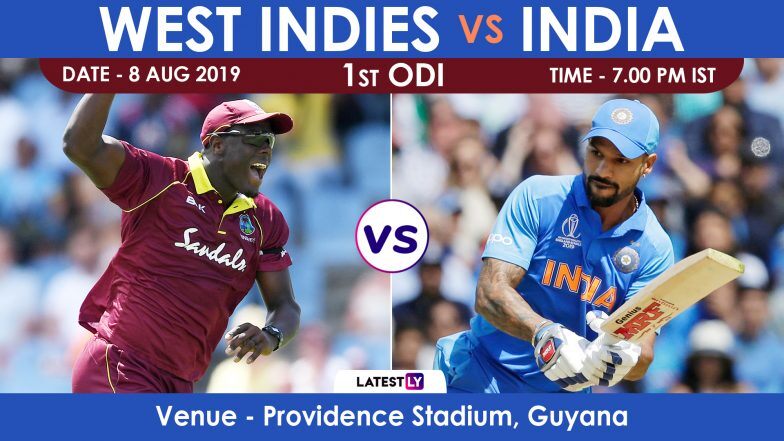 GUYANA Aug 8: India’s cricket team poses after winning the 3rd T20i match between West Indies and India at Guyana National Stadium in Providence, Guyana, on August 6, 2019.
Georgetown (Guyana): Riding high on confidence after clean sweeping the T20I series, Team India will look to take the form into the 50-over format when they take on West Indies in the first ODI of the three-match series at the Providence Stadium on Thursday.

India dominated the West Indies in the T20I series where they outclassed the opposition in all the three departments.

With Shikhar Dhawan back in the side, he will have the responsibility to give India a solid start alongside Rohit Sharma. K.L. Rahul, who opened the innings in World Cup alongside Rohit, is likely to go back to his number four slot with skipper Virat Kohli coming ahead of him.

A contest between Manish Pandey and Shreyas Iyer is likely to be seen for the remaining middle-order slot.

Iyer was not able to find a place in the three T20Is and it is highly possible that the team management may go ahead with him in the ODIs.

Another contest can be seen between Ravindra Jadeja, Kedar Jadhav, Yuzvendra Chahal and Kuldeep Yadav for a spot of an all-rounder and a leg-spinner.

In the fast bowling department, Kohli might give rest to Bhuvneshwar Kumar who played all the three T20Is and can bring Mohammad Shami to bowl alongside Navdeep Saini and Khaleel Ahmed.

This ODI series will be India’s first 50-over assignment after the World Cup debacle and the Men in Blue will fancy their chances against the West Indies side which will be strengthened by the inclusion of Chris Gayle in their squad.

Gayle during the World Cup had announced that the home series against India will be his last and thus Jason Holder will hope that the 39-year-old bids farewell to international cricket in grand style.

John Campbell, Roston Chase and all-rounder Keemo Paul have all been recalled to the 14-member squad for the ODIs.