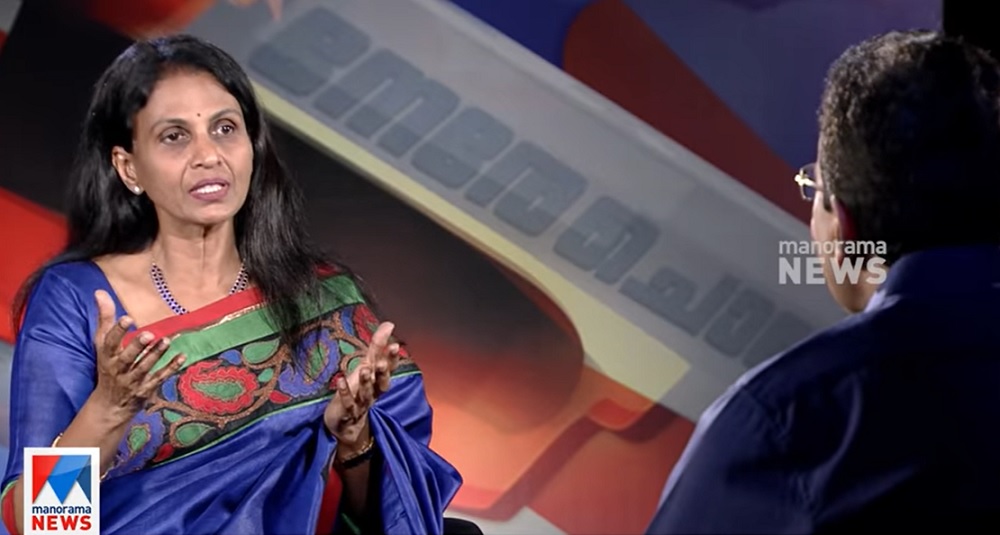 THIRUVANANTHAPURAM Feb 21: R. Sreelekha was an officer in the Indian Police Service and the first Lady Officer of the IPS from Kerala, India. She retired in December 2020, as the Director General of the Kerala Fire And Rescue Services, after completing 33 years and 5 months in the service.

Sreelekha is also an author and now running a successful YouTube channel- “Sasneham Sreelekha” (With Love, Sreelekha) to share her experiences as a police officer. During her tenure in the CBI, she earned the nickname of ‘Raid Sreelekha’.

In an interview with Malayala Manorama, Sreelekha has opened up about her experiences as a woman officer in Kerala Police.

In the interview she says that women officers are facing mental abuse in the police. She said that as a woman, she had faced constant denunciations. She also revealed that politically backed policemen can scold the DGP in meetings.

She also replied to accusations that she helped actor Dileep while he was in prison. She said that the actor had helped Dileep in Aluva sub-jail while she was a jail DGP only because of humanitarian considerations.