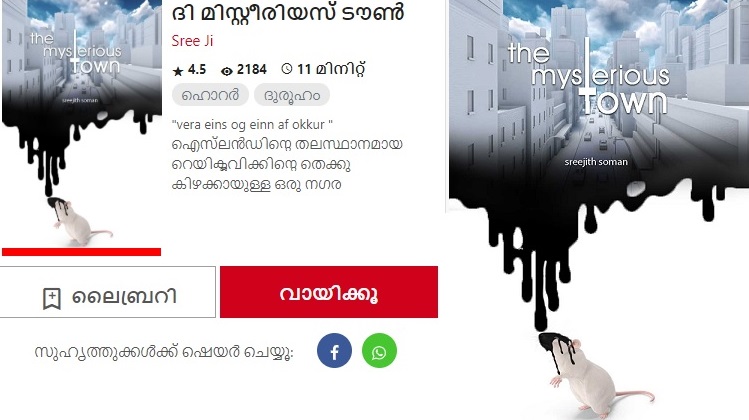 Sreejith’s story is now entered into a competition by Pratilipi where the judges are the readers.

The competition is based on the reviews and ratings the reader gives to the story.

Sreejith is a UK based businesman, who has published several short stories in various noted magazines and journals. He will be publishing his first book in 2019.

Pratilip (www.pratilipi.com) is a platform to read stories, write your own and share your favorite ones in Hindi, Marathi, Tamil, Telugu, Bengali, Gujarati, Malayalam and Kannada.

Click to read the article to rate and submit your review