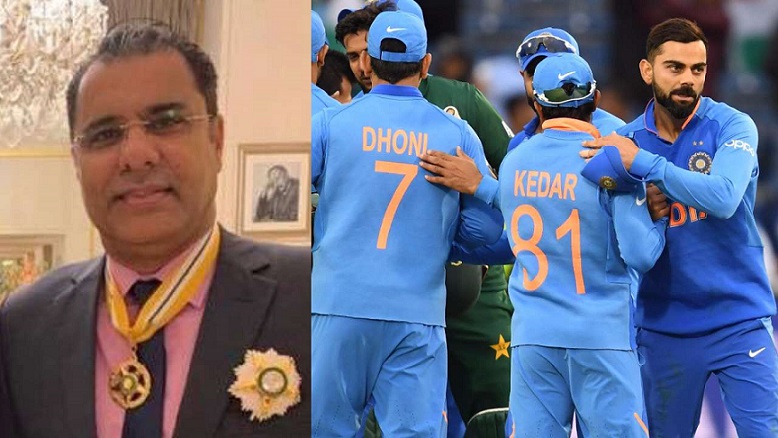 LONDON June 18: Pakistan legend Waqar Younis on Monday claimed India are superior to his former team because Virat Kohli’s men intimidate their arch rivals. Sarfaraz Ahmed’s side were no match to India, who cruised to an 89-run win via the DLS method in Sunday’s World Cup clash in Manchester.

Indian opener Rohit Sharma led the demolition with his 140 off 113 deliveries to pile on 336 for five in 50 overs. Pakistan could only muster 212-6 in their revised target of 302 in 40 overs in the rain-affected match.

Waqar believes Pakistan struggled to cope with the pressure put on them by India, who excel at team-play while his country rely too much on individuals.

“In the last few years, there’s been a massive difference India and Pakistan – and again it showed at Old Trafford on Sunday,” Waqar said.

“Pakistan are still trying to rely on talent alone, while with India it’s all about teamwork. They all know their roles, and they execute them superbly.

“We had good sides in the 1990s, but now I think this India team intimidates Pakistan.”

Sharma, who scored his second hundred of the competition, put on 136 runs for the opening wicket with KL Rahul to see off the initial threat from Pakistan quick Mohammad Amir.

The rest of the bowling lacked sting to cause any trouble to the strong Indian batting line up.

Rahul made a measured 57 while skipper Virat Kohli scored 77 off 65 deliveries.

“India have very classy batsmen, let’s not forget. They wait for the bad ball, and didn’t have to do much against the Pakistan attack given the inconsistency in the length,” said Waqar.

“Mohammad Amir was the only one who created a bit of pressure by bowling a good length,” the cricketer-turned-commentator said.

Waqar said that there is “no real space” for veteran paceman Wahab Riaz, who leaked 71 runs in his 10 overs for his one wicket,and called for the inclusion of promising teenage quick Mohammad Hasnain.

Pakistan have to win their last four group games to have any chance of making the semi finals of the round robin event, with South Africa next up on June 23.