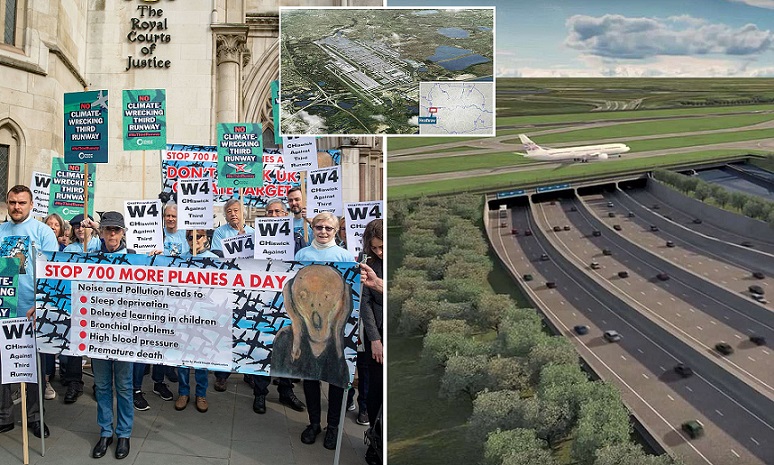 LONDON May 2: Campaigners trying to block Heathrow expansion have lost a High Court challenge against controversial plans for a third runway.

Judges gave their ruling on Wednesday following separate judicial reviews of the Government’s decision to approve the plans, brought by a group of councils, residents, environmental charities and Mayor of London Sadiq Khan.

During a two-week hearing in March, they argued the plans would effectively create a ‘new airport’ at Heathrow with the ‘capacity of Gatwick’.

They also claimed it would have ‘severe’ consequences for Londoners including health problems and damage to the climate.

But their cases were dismissed by two leading judges on Wednesday.

The campaigners had argued that the expansion was unlawful because it did not take into account the Paris Agreement – which seeks to reduce greenhouse gas emissions.

But the judges held the Paris Agreement was not part of UK law and thus did not apply.