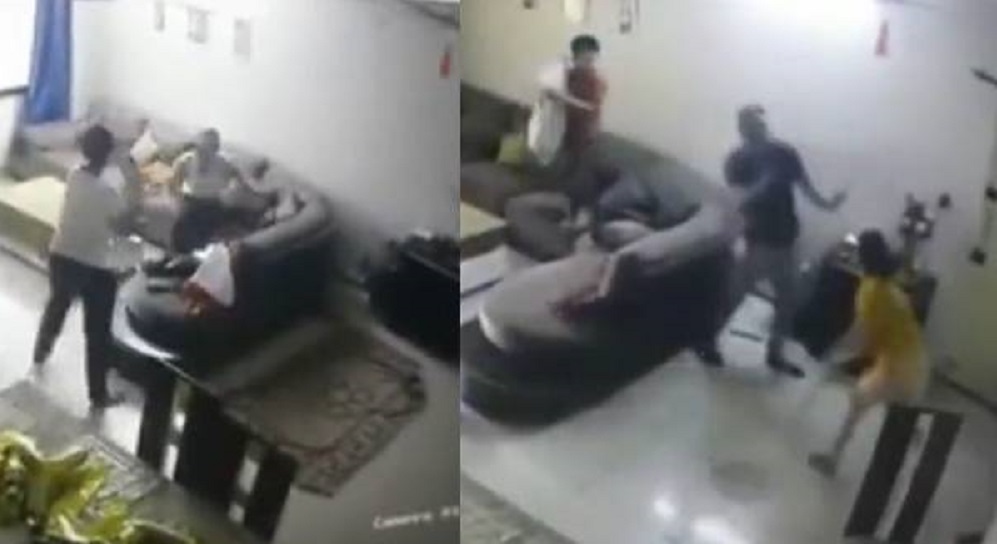 ALWAR (Rajasthan) May 28: A school principal in Rajasthan’s Alwar district has approached a court with CCTV footage of his wife beating him up.

Unable to bear the physical and mental torture, the husband sought refuge in the court.

In his complaint to the police, the principal alleged that his wife was attacking him with paan, stick and cricket bat used for cooking.

The principal, who collapsed, had installed CCTV cameras at his house to collect evidence.

In the video, which has been circulated on twitter, the woman can be seen beating up the principal with a cricket bat and her son can be seen watching it.

In a strange case of domestic violence, a school principal in #Alwar district of #Rajasthan has move the court seeking protection from the physical and mental harassment of his wife.

According to the man, his wife has been beating him black and blue leaving him weak mentally. pic.twitter.com/J1UOmRhyHw

The court has ordered security for the principal. Ajit married Suman, a resident of Sonipat in Haryana, seven years ago. Initially, their lives were peaceful, but later it changed.

Ajit said he endured the violence keeping in mind the dignity of the teachers’ profession.