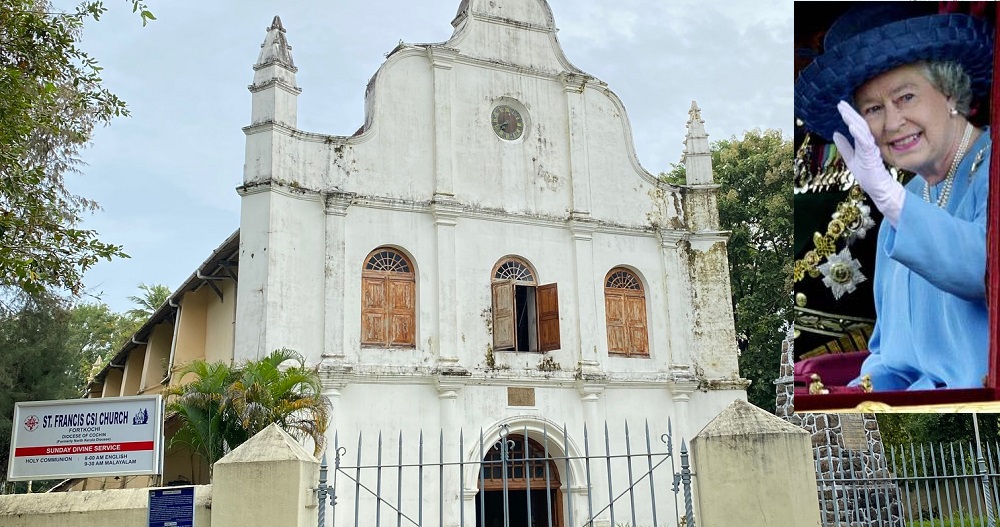 LONDON Sept 8: Queen Elizabeth II, who died aged 96 on Thursday, was the first British monarch to accede to the throne after India’s Independence from colonial rule in 1952 and cherished the “warmth and hospitality” she received during her three State Visits to the country over the course of her reign – in 1961, 1983 and 1997.

“The warmth and hospitality of the Indian people, and the richness and diversity of India itself have been an inspiration to all of us,” she said in one of her addresses.

In 1961, the Queen and her husband, the late Prince Phillip – Duke of Edinburgh, toured Mumbai, Chennai and Kolkata – then Bombay, Madras, and Calcutta – and also visited the Taj Mahal in Agra and paid tribute to Mahatma Gandhi at Raj Ghat in New Delhi.

They were Guests of Honour at the Republic Day Parade on the invitation of the then President, Dr Rajendra Prasad, and an enduring image from the tour shows the Queen addressing a massive crowd of several thousand people packed into Ramlila Grounds in Delhi for her address, dressed in a fur coat and hat.

In 1983, her visit was in time for the Commonwealth Heads of Government Meeting (CHOGM) and she famously presented Mother Teresa with an honorary Order of the Merit. Her final visit to India was to mark the 50th anniversary celebrations of India’s Independence and for the first time she made a reference to “difficult episodes” of colonial history.

“It is no secret that there have been some difficult episodes in our past. Jallianwala Bagh is a distressing example,” the monarch noted in her banquet address.

She and her husband later paid a visit to the scene of the 1919 Jallianwala Bagh massacre in Amritsar to place a wreath at the memorial, amid widespread calls for an apology for the thousands killed at the orders of a British General during the Raj era.

In 1997 she visited Kochi ‘the Queen of Arabian Sea’ too. Many people who witnessed the queen’s grand entry to the Synagogue still talk about the unforgettable day and reminisce the same even after years. In the six hours that the queen spent on her first visit to Kerala and third to India, her agenda was a visit to the oldest European church in India St Francis Church.

The lunch at the Taj Malabar hotel with a spice of special Kerala dishes- like tomato curry, coriander shorba and Moplah style chicken just tuck into the tongue of the queen and the Duke of Edinburgh and it was all enough for them to chew over. However, the reception did not stop with the lunch feast. The then-Governor Sukhdev Singh Kang organized a Mohiniyattam dance performance that highlights the tradition of Kerala.

The longest-serving British monarch, Queen Elizabeth has visited India three times – 1961, 1983 and 1997. In October 1997, the Queen reached the Paradesi Synagogue Kochi where she was received by the Synagogue warden Sammy Hallegua and his wife Queenie Hallegua on the day. The Queen decided to visit the Jews of Kochi after she heard about the centuries-old Jewish settlement at Mattanchery.

The security was extremely tight in Kochi that day with strict controls on the movement of people two hours before the Majesty’s arrival in the city. The then Duke of Edinburg, Prince philip also accompanied the queen during the visit. Both visited the tomb of Portuguese explorer Vasco da Gama at the St Francis Church in the city.

The streets of Mattanchery were packed with an excited crowd including the school students where many of them waved the national flags to receive the queen. Every eye was upon the queen amid the stringent curbs by the police. The roads were blocked off by the Rapid Action Force and Kerala Armed Police.

As part of the stringent measures for the Queen’s protection, only nine people including the then CM E K Nayanar and his wife were introduced to have a meeting with Queen Elizabeth II. On behalf of Cochin Jews, Sammy Hallegua who accompanied presented several gifts including a silver salver and a replica of the 100-years-old copper plates granted by Kerala’s fabled emperor Cheraman Perumal to the Jews.

Besides these gifts, the queen was also presented with an album of photographs, copies of valuable documents, and a hand-stitched Satin cap. The queen in response presented a silver wine cup to the synagogue before she returned back to Britain.