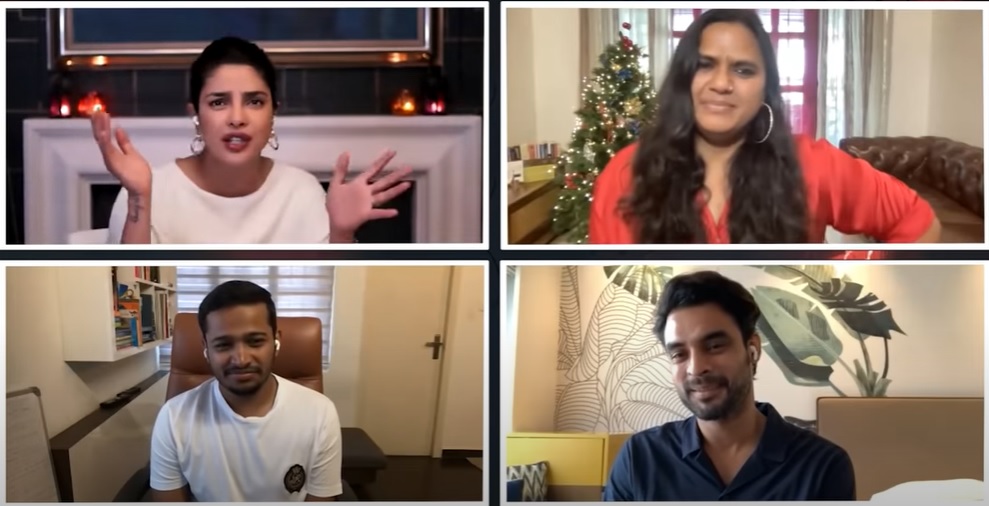 MUMBAI Dec 9: A recent video shared by Malayalam actor Tovino Thomas shows Priyanka Chopra announcing that the world premiere of his upcoming film Minnal Murali would be on December 16. The movie will be shown at the Jio MAMI Mumbai Film Festival ahead of its scheduled Netflix release on December 24.

To announce the world premiere of the film, chairperson of Jio MAMI Mumbai Film Festival, Priyanka Chopra Jonas, along with the artistic director of Jio MAMI, Smriti Kiran, were joined by the team of Tovino Thomas and director Basil Joseph.

The virtual interaction was a spoiler-free chat, where the four of them discussed the movie, Malayalam film industry’s expanding boundaries and freedom that accompanies an OTT release, among other things. In the video, the Bollywood diva said that what she loved the most about the film was that “it was not an everyday superhero movie, but of a normal everyday hard working man”.