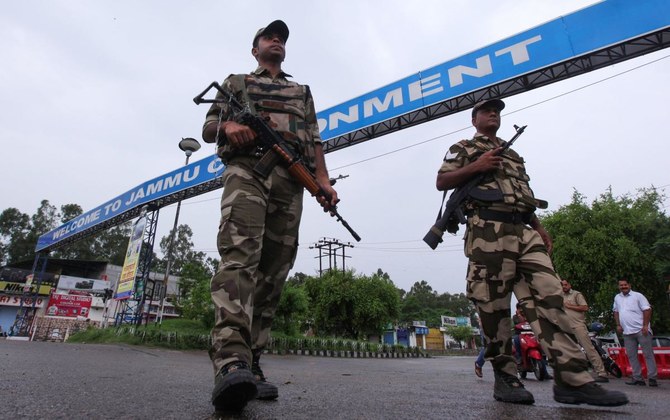 ISLAMABAD AuG 8: Pakistan has expelled the Indian envoy in Islamabad and announced a five-point plan that included a downgrade of its ties with India and suspension of bilateral trade, in response to the government’s move to end special status for Jammu and Kashmir and split it into two union territories.
While India’s High Commissioner Ajay Bisaria is in Islamabad, his Pakistani counterpart, high commissioner designate Moin-ul-Haq, is yet to take charge in New Delhi.

Islamabad, which has repeatedly sought international intervention on Kashmir, also said it would appeal to the United Nation’s Security Council against the government’s Kashmir decisions.

The United Nations has said it was “deeply concerned” that the government’s move on Kashmir will “exacerbate the human rights situation in the region”.

“The fact that hardly any information at all is currently coming out is of great concern in itself,” a spokesperson of the United Nations said.

In a tweet following Imran Khan’s meeting with the National Security Committee, the Pakistan government listed the steps in its plan.

“1-Downgrading of diplomatic relations with India. 2-Suspension of bilateral trade with India. 3-Review of bilateral arrangements. 4-Matter to be taken to UN, including the Security Council.

5-14th of August to be observed in solidarity with brave Kashmiris,” the tweet read. The meeting was attended by top civil and military leadership, a statement issued by Mr Khan’s office read.

The announcement comes a day after Imran Khan warned that the Kashmir move will have “serious repercussions”.

On Tuesday, hours after Union home minister Amit Shah said in parliament that all of Jammu and Kashmir, including PoK (Pakistan-Occupied Kashmir), was an integral part of India, Mr Khan spoke of retaliation.

“They (India) will do something in PoK (Pakistan Occupied Kashmir)… we will retaliate… Will fight till last drop of blood,” he said at a joint sitting of Pakistan’s parliament.

Besides Pakistan, its strategic ally China has also opposed the government’s move to end special status for Kashmir through a presidential order.

New Delhi brushed off China’s argument, saying it was “an internal matter concerning the territory of India”.