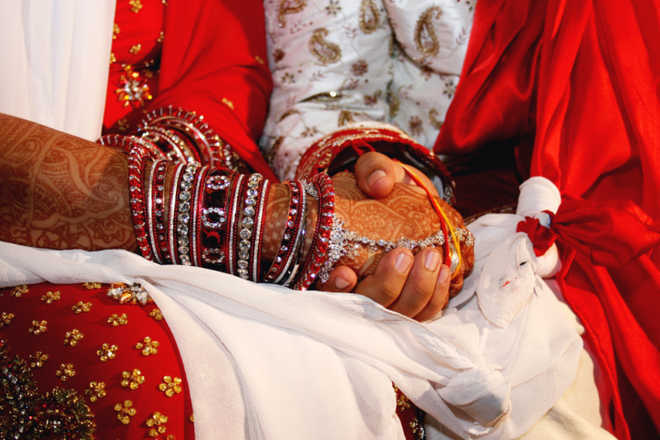 NEW DELHI Feb 13: Non-Resident Indians who marry an Indian citizen or a fellow NRI abroad have to compulsorily register their marriages within 30 days or face the prospects of their passports being impounded or even revoked, according to a bill introduced in Rajya Sabha on Monday.

The Registration of Marriage of Non-Resident Indian Bill, 2019 also allows courts to attach movable and immovable properties of NRIs who are declared “proclaimed offenders” for failing to appear before law.

The draft law also allows courts to send summonses and warrants to the accused through a specially designated website to be hosted by the Ministry of External Affairs.

The Bill was introduced by External Affairs Minister Sushma Swaraj in the upper house.

The bill comes against the backdrop of cases of Indian women being trapped in “fraudulent marriages” with non-resident Indians.

According to the bill, The Passport Act and the Code of Criminal Procedure will be amended to allow passport authorities to revoke or impound passport or travel documents of the accused, and allow courts to attach their properties.

The bill states that if an NRI marries an Indian citizen here, the marriage has to be registered as per local laws.

If the marriage takes place abroad, it has to be registered with designated officers to be appointed in foreign countries.

An NRI is an Indian citizen who resides outside India.

The proposed law will be applicable to NRIs marrying Indian women within or even outside India, the bill states.

Swaraj had recently said that MEA receives hundreds of complaints about NRI men abandoning their wives in foreign lands, and husbands subjecting their wives to mental and physical abuse.

According to MEA data available in the form of Parliamentary questions, 3,328 complaints were received between January, 2015 and November, 2017 from Indian women who have been deserted by their NRI husbands.