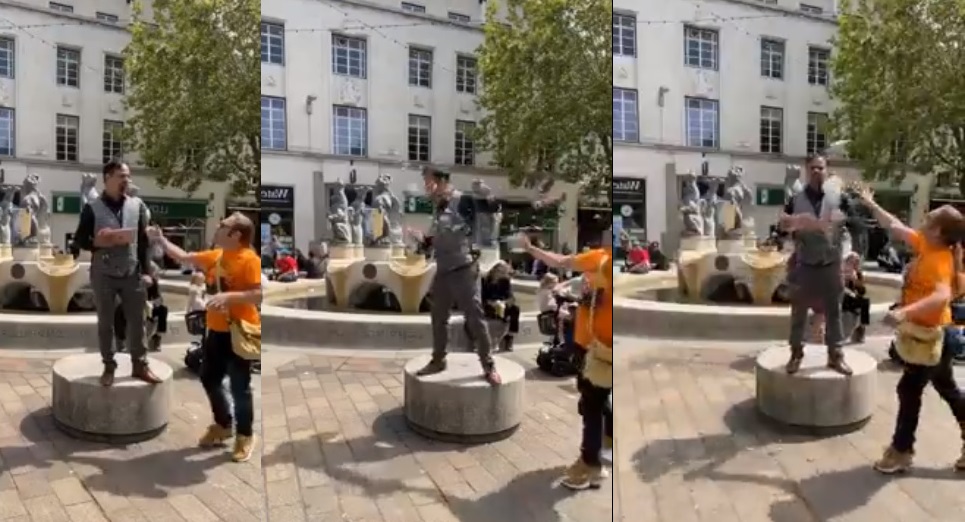 LONDON May 31: A Malayalee pastor in the UK has shared a video of him being abused and thrown food while delivering an evangelist sermon on Saturday, May 29, at the Portsmouth City Center Street in Hampshire County, South London.

Jolly P Lazar, from Kannur in Kerala, is the Central Pastor and Bishop at Shake The Nations Global Churches in London narrated the incident on Facebook and Youtube. The church was started three years ago by Jolly P Lazar.

Pastor Jolly P Lazar preaches the gospel on the streets of London every week. However, on Saturday, May 29, while delivering a sermon at the Portsmouth City Center Street in Hampshire County, South London he was suddenly approached by a a man in a yellow T-shirt shouting at the pastor. Ignoring him, the pastor continued his sermon.

Eventually the enraged yellow-shirted man unwrapped the food package in his hand, picked up the food and threw it at the pastor.

The pastor continued his sermon even though all the food fell on his body. Some of the passers-by came and comforted the pastor and shook his hand.

Someone came and removed the paper from the food package thrown by the anti-evangelist from the pastor’s body.

Jolly P Lazar says that there is no hesitation or fear for him in proclaiming the true gospel of Jesus Christ to the world.