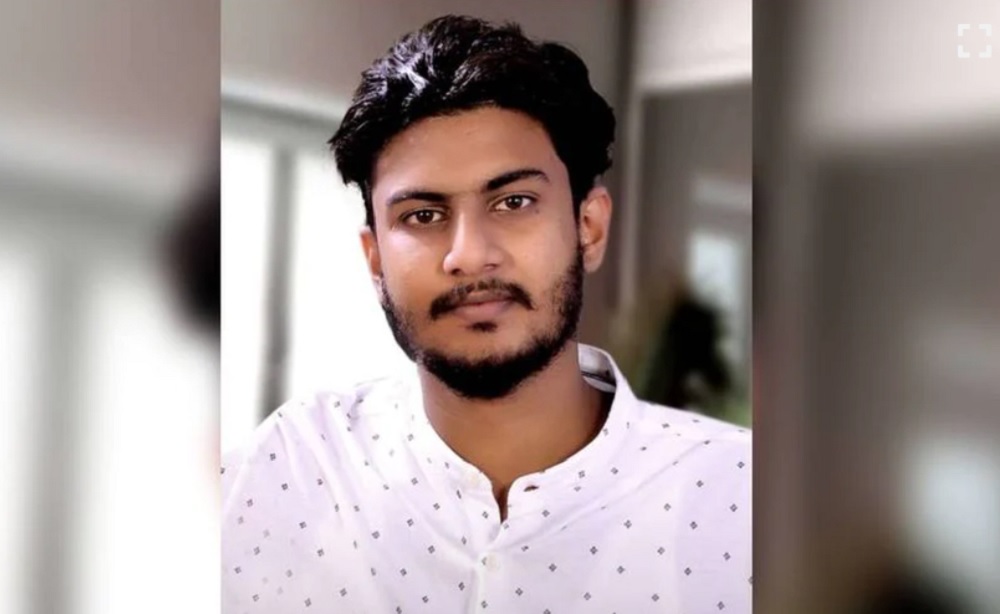 BIRKENHEAD Dec 12: A Keralite student who has been attending studies at the University of Chester, was reported to be found dead in mysterious circumstances at his residence in Rock Ferry in Birkenhead within Wirral Council on December 2, 2022.

The deceased was identified by the community as Vijin Varghese (23), a native of Kottarakkara in Kollam district of Kerala.

Reports say that Vijin Varghese lived alone in a flat which was about half an hour’s drive from Liverpool to his place of study at University of Chester where he joined in September 2021 as an MSc Engineering management student.  There were other Malayalees in another flat in the same complex who had gone out for shopping on Friday (Dec 2) evening.

On their return they knocked on the door to see what their friend was doing. But the door was not closed. It is learnt that the Malayalee friends who opened the door found Vijin Varghese lying dead.

Immediately, the ambulance service and the police arrived who confirmed Vichin’s death. The flat was closed off and entry was restricted for investigation. Family members in Kerala has been informed. Merseyside Police in the UK are investigating the cause of the death. However, now Loka Kerala Sabha UK chapter has now requested the Indian government to step in to investigate on what lead to the death of Vijin Varghese.

Loka Kerala Sabha UK suspects that the death of Vijin who arrived in the UK could be because of exploitation at his work place which would have put him under undue pressure. They have requested the Indian government and Kerala government to bring the student recruitment agencies under close scrutiny to avoid exploitation in this sector, said a press note shared with this website.

According to Loka Kerala Sabha UK note, those who arrived on student visas are said to be victims of excessive exploitation. Some students are paying between 5 Lakhs and 15 Lakhs rupees to obtain a student visa when in fact both India and UK have got strict rules for these agents not to take any such fees from these students.

Loka Kerala Sabha UK has now written to the Ministry of Home Affairs, Kerala government on this matter and has requested them to raise this with relevant authorities and investigate and arrest those responsible for his death.

According to the information coming out, Vijin Varghese was working as a carer through a Malayalee firm. Unconfirmed information emerged that the firm where he was working in the meantime had offered a permanent job and some disputes arose with the agency over getting that job. However, it has been reported that a note has been recovered from the room which is being investigated.