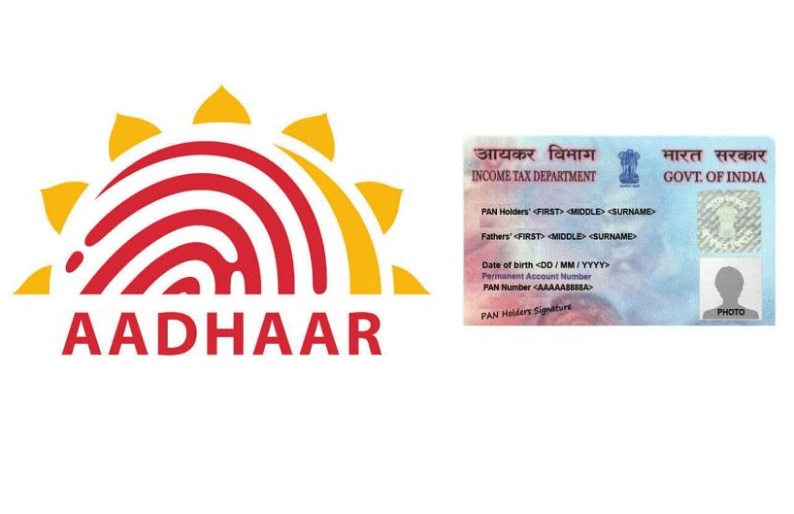 New Delhi July 5: The Lok Sabha Thursday passed a bill to allow voluntary use of Aadhaar as proof of identity for opening bank accounts and procuring mobile phone.The Aadhaar and Other Laws (Amendment) Bill, 2019, was passed by a voice vote after Information Technology Minister Ravi Shankar Prasad assured the House that Aadhaar is voluntary and informed consent of the biometric identity holder has to be obtained before it is used.

“The amendments address the privacy and security concerns. It provides that no service or benefit of any scheme will be denied for lack of Aadhaar,” Mr Prasad said.

The amended bill also provides for a stiff Rs.1 crore penalty and a jail term for private entities for storing Aadhaar data.

“As many as 123 crore people are currently using Aadhaar… All safeguards are in place to prohibit misuse of Aadhaar biometrics. Iris and finger print data is stored in Indian machinery and it is safe and secure,” Mr Prasad said.

Displaying his personal Aadhaar card in the House, the minister said the card only discloses his name, father’s name, date of birth, residential address and does not give out any information on medical records or details of caste, religion and community.

He said Aadhaar data can only be shared when there is a threat to national security or there is Court order. “Even if I, as an, Information Technology Minister, seek Aadhaar data, I will be subject to 3 years of punishment,” Mr Prasad said.

He said the government has saved Rs 1.41 lakh crore due to Aadhaar and removed 4.23 crore and 2.98 crore bogus LPG connection and ration cards respectively.

Mr Prasad said the Bill is a wholesome amendment following the Supreme Court order. “Since crores of poor people are benefiting by using Aadhaar, hence in emergency we brought the Ordinance,” he said.

The minister further said the government would soon bring a data protection legislation in the House as it believes that India’s data sovereignty has to be respected and the country should have a data analytics centre.

The Aadhaar and Other Laws (Amendment) Bill, 2019, was introduced in the Lok Sabha on June 24, and once passed by the Rajya Sabha will replace an Ordinance issued in March 2019.

The amendments provide for use of Aadhaar number for KYC authentication on voluntary basis under the Telegraph Act, 1885, and the Prevention of Money Laundering Act, 2002.

Put simply, this means it will allow voluntary use of Aadhaar number for authentication and identity proof in opening bank accounts and procuring mobile phone connections.

It also gives option to children to exit from the biometric ID programme on attaining 18 years of age, while stipulating stiff penalties for violation of norms set for the use of Aadhaar and violation of privacy.

Participating in the debate on the bill, Ritesh Pandey (BSP) said there is a need to improve it.

Supporting the bill, Ajay Kumar Mishra (BJP) said that “five years back the challenge before us was to work in a mission mode. And we are seeing the results now.” Aadhaar, he said, will play an important role in making available the facilities.

Supriya Sule (NCP) said that “You are cheating common man… What privacy we are talking about?”

Hitting out at the BJP, she said that “they are only growing on the programmes which UPA started.”

“Why is Aadhaar card compulsory? What is it? What is voter card then? We all have voter ID,” she said.

PK Kunhalikutty (IUML) said that “You should have brought Data Protection Bill along with this Bill.”

Stating Aadhaar as the biggest enemy of corruption, Manoj Tiwari (BJP) that the more Aadhaar is strong, more are the benefits.

R Natarajan of CPI (M) said he strongly opposed the Bill on the ground that it was in contravention to the Supreme Court judgement.

Opposing the bill, Adhir Ranjan Chowdhury, Leader of the Congress in the Lok Sabha, said the government used the ordinance route to bring in the legislation.

He said the ordinance was issued by the last government (from 2014-19) and the current government has brought it as a legislation.

The government is “resorting to the ordinance route without any rhyme and reason”.

Mr Chowdhury said it was the UPA government, which brought in the law, to which Law Minister Ravi Shankar Prasad said the NDA government gave legal status to Aadhaar.

“You have loaned the concept of Aadhaar from us (Aapne Aadhaar udhaar liya hain),” Mr Chowdhury said.

He said the Supreme Court had also rapped the government for violating privacy in Aadhaar.

Mr Prasad said, “Under you (the UPA), Aadhaar lacked any backing (Aadhaar niradhar tha). We made a law for it”.

He said 123.81 crore people have Aadhaar cards and nearly 6.91 crore bank accounts have been linked to it.

Opposing the bill, Manish Tewari said an individual should be given the right to involuntarily delete his Aaadhar number.

K Premachandran also demanded that the bill be sent to Standing Committee or Select Commitees of Parliament.

He said the bill also gives greater power to UIADI but has little accountability.

Mr Owaisi said the bill will not stand in the Court of law.

“You could pass this bill with a brute majority, but be rest assured that it will be struck down by the courts,” Mr Owaisi said.