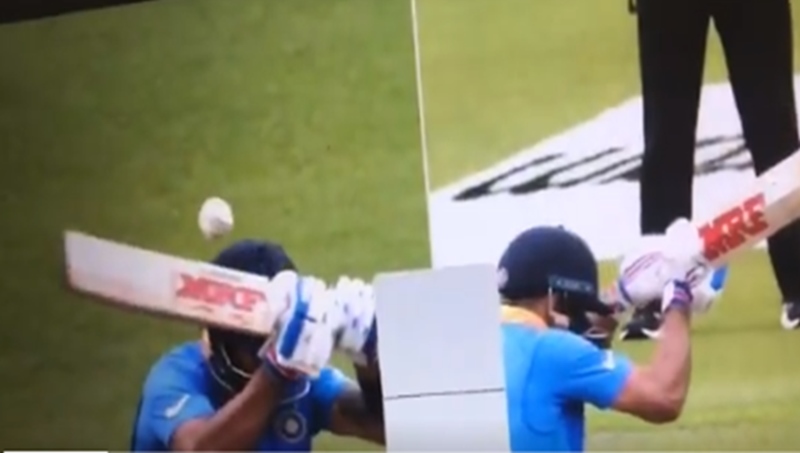 LONDON June 17: Virat Kohli looked well on course for a big knock after Rohit Sharma built a strong foundation for India in a much-awaited World Cup 2019 match against Pakistan in Manchester on Sunday. The high-octane bat and ball duel between Virat Kohli and Pakistan’s left-arm fast bowler Mohammad Amir didn’t fail to excite the cricket fans yet again.

When it looked as Mohammad Amir got the better of Virat Kohli, just like 2017 Champions Trophy final, replays showed it was nothing but a mistake of the Indian skipper.

Kohli, who became the fastest to reach 11000 ODI runs, was given out after he tried to hook an Amir bouncer. It looked like the ball had taken a faint top-edge off the Indian skipper’s willow.

Pakistan captain Sarfaraz Ahmed didn’t appeal but Kohli walked off the field on his own.

Later, the replays revealed that there wasn’t an edge at all. The UltraEdge presented a clearer picture. There was a sound spike, which Kohli later indicated in the dressing room as a mere click from the handle of his bat.

Kohli was seen shaking his bat inside the dressing room, explaining his teammates what might have happened.

Meanwhile, Kohli broke Sachin Tendulkar’s record to become the quickest player to reach 11,000 ODI runs during his innings of 77.