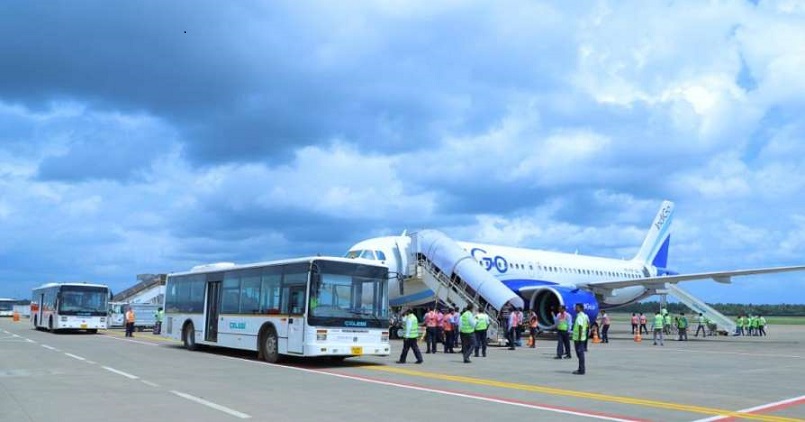 Kochi Aug 12: Flight operations from the international airport here resumed on Sunday afternoon, two days after it was shut due to inundation of the runway area following heavy rains, an official said.
The Abu Dhabi-Kochi Indigo flight touched down at around 12.15 pm, marking the resumption of the operations, the Cochin International Airport Limited (CIAL) official said.

Check-in commenced at 9 am in both the domestic and international terminals.

The airport had on Friday suspended all operations till 3 pm on Sunday as the runway area in the airport was waterlogged due to floods.

The operations were suspended as there was a rise in water level in Periyar river and a canal adjacent to the airport due to heavy rains lashing Kerala since last week.

The airport was non-functional for a fortnight in August 2018 due to inundation following the worst floods in the state in a century.