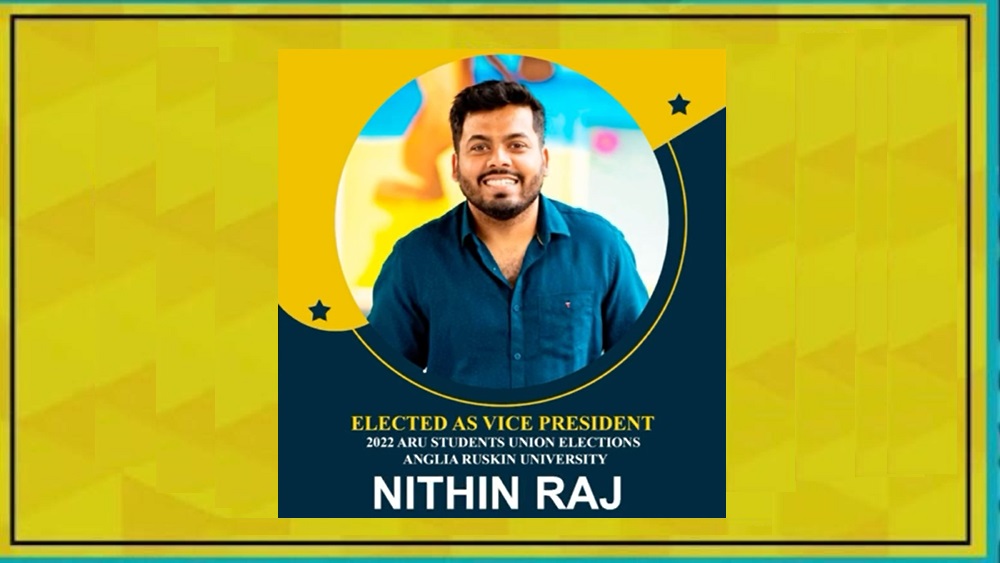 Anglia Ruskin has around 39,400 students worldwide with campuses in Cambridge, Chelmsford, Peterborough and London. Nithin will represent the four campuses in his term time as vice-president.

However, Nithin, known to be a friendly figure with diplomatic mannerisms won a prestigious position in a noted institution.

For Nithin the success as vice-president not only brings responsibilities but rewards too as he will now be getting paid yearly and also received a one year extension on his visa.

While in the UK Nithin has been actively working with the Malayalee Association of UK (MAUK) and also been involved with several charity works.

Nithin is from Pothencode in Thiruvananthapuram district of Kerala. He completed MCom from Kerala University and decided to pursue his career in the UK and arrived in the UK in 2021.

Nithin’s immediate aims at the university are to make the voice of international students heard. Work towards better studying environment for students and hold more cultural and sports events to help maintain sound mental health.

Nithin is son of GK Sivarajan, a former LIC official; and Late Nisha Sivarajan (passed away three years back) and his only sibling is Kiran Raj working as a marketing professional in Thiruvananthapuram. 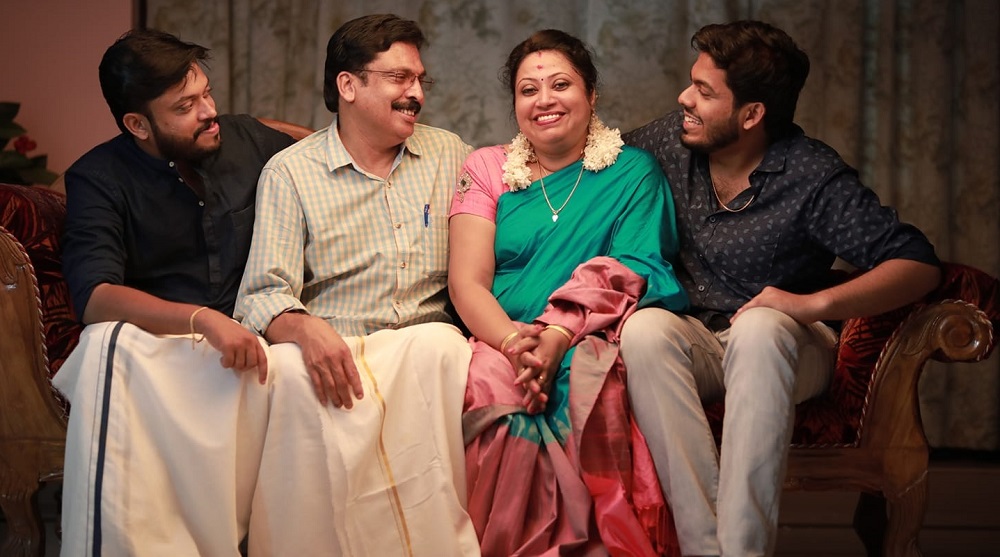 Nithin is very much aware of the social concerns that has affected a small portion of the newly arrived Keralite students and is aiming to hold more social activities in the coming summer months.

This website applauds Nithin for the achievement and wishes him all the best for making his dreams come true for the betterment of the students.