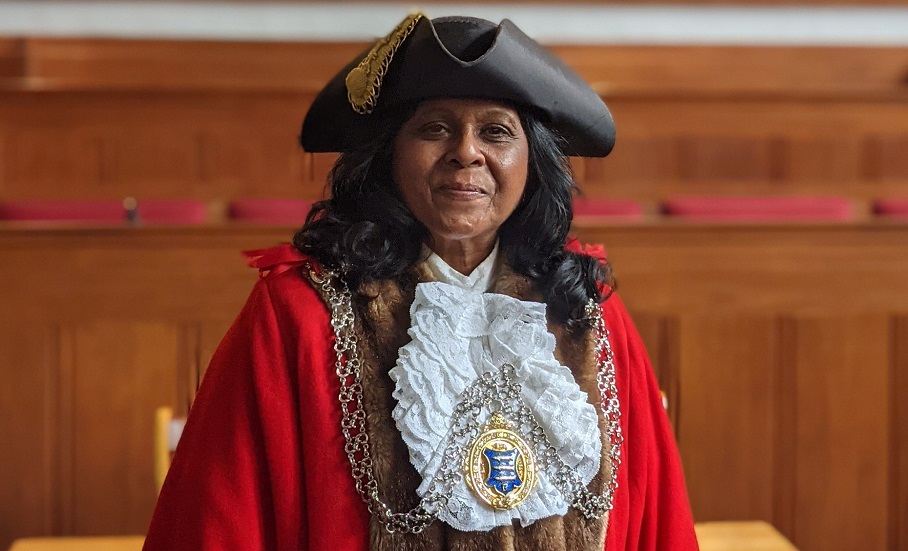 The previous mayors from the Keralite community in the UK were Omana Gangadharan, a prominent writer, who was former mayor of Newham; Manju Shahul Hameed of Thiruvananthapuram was mayor of Croydon, Philip Abraham served as mayor of Loughton Council and Tom Aditya served as a former mayor of Bradley Stoke Council.

Cllr Sushila Abraham is a solicitor and has had her own practice on Ewell Road, Surbiton since 1999. She was President of the Surrey Law Society and Chairman of the Solicitors Sole Practitioners Group.

She is a Council Member of the Law Society of England and Wales representing Surrey Solicitors. She enjoys working closely with the elderly and vulnerable.

She was elected as a Councillor in 2013 in a by-election for Berrylands Ward. She is a Trustee of Kingston Carers network and has served as Deputy Chair and Chair of Surbiton Neighbourhood Committee, as well as serving as a School Governor. She was also Deputy Mayor 2020 to 2021. She also enjoys cooking, gardening, golf and travelling.

Mayor is the figurehead of the Royal Borough of Kingston upon Thames. The Mayor is elected at the Annual Council Meeting in May and serves for one year. The Mayor (and Deputy Mayor) are members of the Council.

The Mayor’s duties include representing the Council on public occasions, such as Remembrance Day services and chairing meetings of the Council. The Mayor also attends civic functions including citizenship ceremonies.

Sushila Abraham is Berrylands ward councillor. She is looking forward to her new role especially at a time when people are coming together again after being so long apart because of coronavirus restrictions.

“I will be mayor for each and every citizen and I will be out and about as much as I can in light of the pandemic,” she said.

“My mayoral year will be marked and remembered as the time when all people were brought back together as one community from the effects of the pandemic across this borough and together we will appreciate, enjoy and embrace this place that we are privileged to call our home.”

Sushila said mental health and wellbeing are her focus for this year, reflected in the two organisations which will benefit as her mayoral charities – the Milaap multicultural day centre in Chessington and Anstee Bridge in Kingston which supports young people with emotional needs.