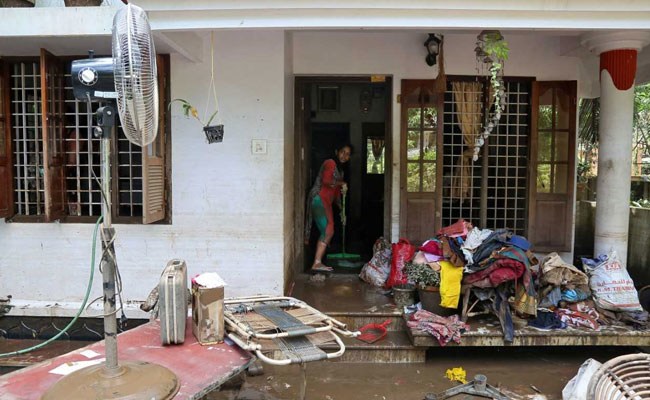 THIRUVANANTHAPURAM Sept 20: The Kerala government today decided to take the crowd funding route to rebuild the state in the aftermath of the deluge which wreaked havoc last month.

For construction of houses, providing means of livelihood and basic infrastructure, it has been decided to accept sponsorship after imposing certain conditions.

The decision to go in for crowd funding was taken at a cabinet meeting in Thiruvananthapuram on the suggestion of KPMG, one of the largest professional service companies in the world, appointed as project consultant partner last month to rebuild the state.

The government also decided to set up a body to implement various projects.

This was the first cabinet meeting chaired by industries minister E P Jayarajan in the absence of Chief Minister Pinarayi Vijayan, who is away in the US for medical treatment.

A decision was taken to organise an intensive drive from September 24 to October 2 as part of continuing efforts to clean up the state after the flood ravage, a release said.

The rains and subsequent floods, said to be the worst in the state the last 100 years, had claimed 493 lives since the onset of the South West Monsoon on May 29, besides leaving a trail of destruction that saw nearly 14 lakh people displaced from their homes.

Many houses in Kuttanad in Alapuzha district are still waterlogged.