GOA March 21: Goalkeeper Laxmikant Kattimani made three stunning saves as Hyderabad FC clinched their maiden Indian Super League title after defeating Kerala Blasters in penalty shoot-out in the summit clash on Sunday. Hyderabad beat Kerala 3-1 in the shoot-out after the match ended 1-1 in the regulation and extra time.

The final match was hosted and streamed at Thattukada Restaurant hall at London’s East Ham, a hub for Keralits in the UK. The fans, majority of them international students followed the match which went into extra-time. The two sides failed to produce a winner in the extra-time as the game went to penalty shoot-out. 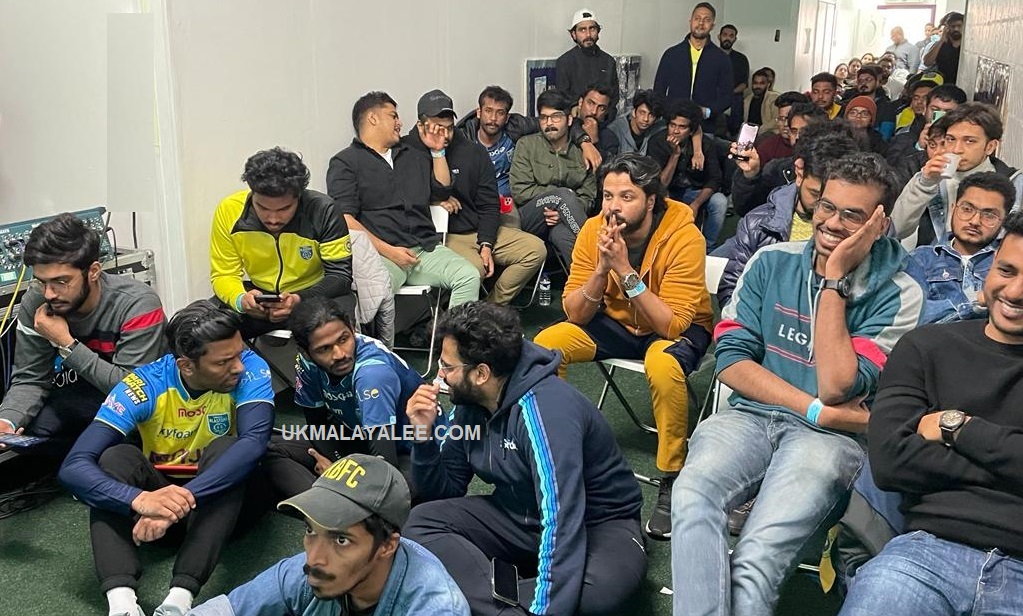 The glorious Saturday weather with sun shining, the students came out in hoards in casual dressings to enjoy an afternoon to watch Kerala Blasters play and enjoy Kerala food.

It was Kattimani’s day as his heroics helped Kerala prevailed in the shoot-out. He saved the spot kicks from Mark Leskovic, Nishu Kumar and Jeakson Singh. 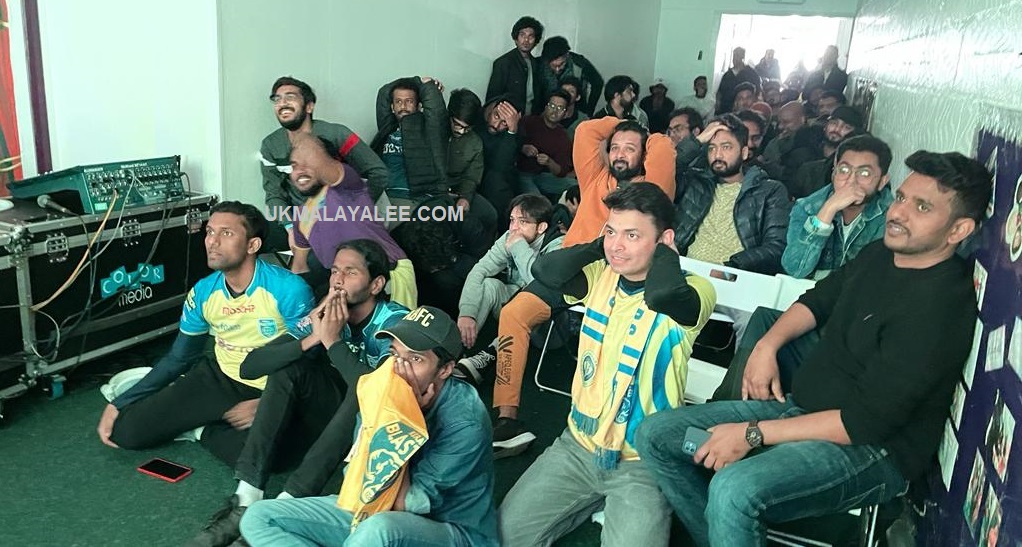 As soon as Narzary’s spot kick sent Kerala goalkeeper Prabhsukhan Gill the wrong way, the Hyderabad dug out and supporters at the stands erupted with joy while it was heartbreak for the passionate Kerala fans as spectators returned to the stadium to watch an ISL match after two years. Kerala must have thought they would lift their maiden ISL title but Tavora broke their hearts as he struck with a breath-taking right-footed volley from the edge of the box with just two minutes left for the final whistle.

The two sides failed to produce a winner in the extra-time as the game went to penalty shoot-out. Hyderabad midfielder Souvik Chakrabarti had a shot early in the match but Kerala goalie Prabhsukhan Singh Gill was upto the task to deal with it. In the 14th minute, Harmanjot Khabra whipped a cross for striker Jorge Diaz, who was free inside the box, but the Argentine could not connect it.

In the 23rd minute, Lalthathanga Khawlhring got the ball on the left-flank, skipped past Chakrabarti and passed it to Alvaro Vazquez, but the Hyderabad defenders did it well to not let the ball sneak behind the backline.

Kerala skipper Luna attempted a dipping shot from outside the box in the 30th minute but rival custodian Laximikanth Kattimani collected it with ease.

Hyderabad had a chance to score when Javier Sivero, who replaced Joel Chianese, headed on target from a free-kick, but Gill made a wonderful save before Thounaojam Jeakson cleared the ball for the corner even as both the sides were locked 0-0 at half-time. After the change of ends, Hyderabad started on the front foot and had a couple of chances in quick succession. – PTI