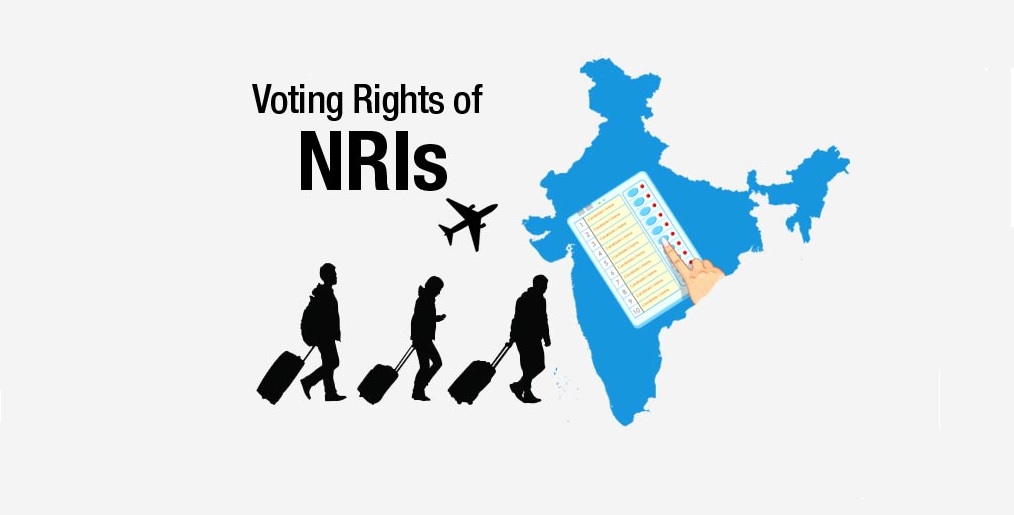 NEW DELHI Dec 16: The government is yet to take a decision on allowing the use of postal ballots for eligible overseas Indians to cast their votes as the move will need wider consultations with all stakeholders before a final call is taken, sources said on Tuesday.

They also said that the Election Commission’s proposal to amend election rules to allow the use of postal ballot by overseas Indians, whose names figure in electoral rolls in India, is still at a bureaucratic level and is yet to be discussed with the political executive.

The EC has proposed to the government to extend the Electronically Transmitted Postal Ballot System (ETPBS) facility, so far available to service voters, to eligible overseas Indian voters.

In a letter to the legislative secretary in Law Ministry on November 27, the Commission said with the successful execution of ETPBS in case of service voters, it is now “confident” that the facility can also be extended to the overseas electors.

“The Commission is technically and administratively ready to extend this facility in general elections to legislative assemblies of Assam, West Bengal, Kerala, Tamil Nadu and Puducherry,” the poll panel said.

Elections in these states are due sometime in April-June next year.

EC said it has been receiving several representations from Indian diaspora residing abroad to facilitate voting through postal ballots since such overseas electors are not in a position to be present in their polling area as travelling to India for this purpose is a costly affair and otherwise also they cannot leave the country of their residence owing to specific compulsions of employment, education or other engagements.

“Due to protocols associated with Covid-19, the problem further gets compounded,” the letter to the Law Ministry said.

The Commission observed that Section 62 of the Representation of the People Act, 1951 envisages the right to vote for every citizen registered in the electoral roll who is not subject to disqualification for voting.

“Therefore, it is necessary to explore all avenues to enable exercise of a franchise by all eligible electors,” it said.

As of now, overseas Indians are free to cast their votes in constituencies they are registered.

Unofficial data with the EC shows that only 10,000-12,000 overseas voters have exercised their franchise because they do not want to spend foreign currency to come to India and vote.

The EC has suggested amending the Conduct of Election Rules, 1961 to extend ETPBS for overseas electors. The rules were amended in October 2016 to allow service voters to use ETPBS.

ETPBS has nearly halved the time in sending and receiving postal ballots from far-flung areas.

The Conduct of Election Rules was also changed to allow those who are 80 years of age or above and those with disabilities to use the postal ballot to cast vote. The same facility was extended for Covid-19 patients. But this postal ballot facility is different from ETPBS.

The Commission has requested the government to make necessary amendments at the earliest “which will go a long way in not only facilitating the exercise of the right of overseas electors but also further boosting the image of the country internationally.” A bill to extend the facility of proxy voting to overseas Indians had lapsed following the dissolution of the 16th Lok Sabha in 2019.

The bill had proposed that overseas Indians, who are entitled to vote in India, can appoint a proxy voter to cast the ballot on their behalf.

The bill said the necessary provision of coming to India to cast a ballot caused hardship for overseas electors. – PTI