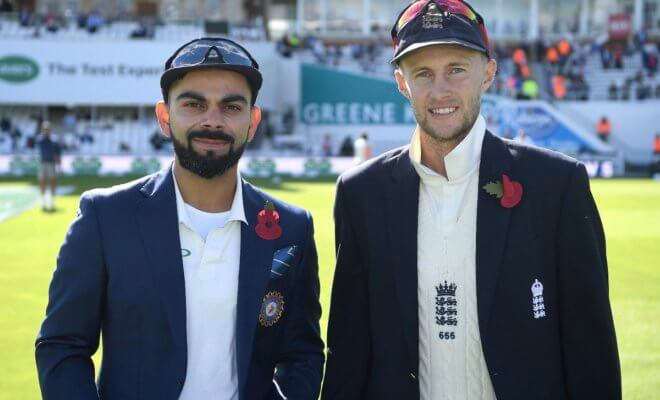 LONDON Sept 12: The captains of the Indian and English cricket teams wore a unique poppy made of khadi during the fifth test match at Oval in England to recognize the efforts of Indian soldiers who fought during World War I.

The initiative, a part of a British armed forces charity’s movement, was organized by the Royal British Legion Charity to mark the centenary of the end of the first World War.

A small friendly cricket match was played on Sept. 9 during the lunch break of the third day of the fifth test match by the charity and Surrey Cricket Club as part of their “Thank You” campaign.

The event was a reenactment of a match that was played between the Royal Manchester Regiment and the Sikh Regiment on the Western Front.

The players used wooden bats that closely resembled the ones used during the era and wore outfits made of khadi.

The charity also released a video about the vast contribution made by the Commonwealth countries, especially undivided India, which turned the British alliance into the largest army by contributing more than 1.3 million people.

Along with manpower, India contributed about £20 billion when adjusted to today’s inflation rates, along with 3.7 million tons of supplies, over 10,000 nurses, and 170,000 animals to support Britain in its war efforts, PTI reported.

Khadi, an intricate Indian cotton textile, was one of the symbols of Indian Independence movement spearheaded by Mahatma Gandhi.

The remembrance poppy is an artificial flower that has been used since 1921 to commemorate military personnel who have died in war. It is used in several countries, including the United Kingdom, to honor soldiers.