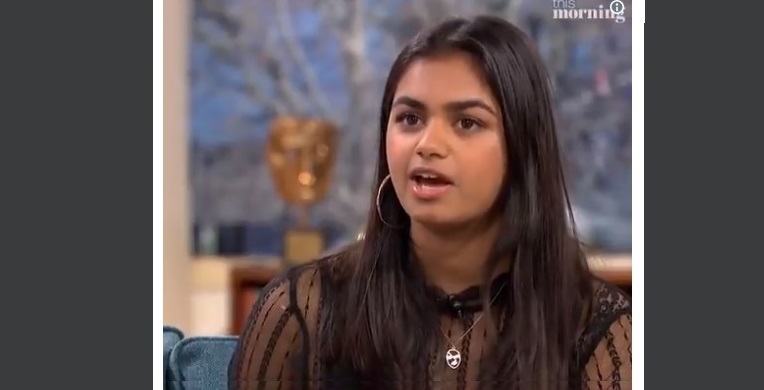 On her Twitter account Amika tweeted: “We Did It! 271,000 of you signed the petition, 2,000 of you protested. Today, the government has just pledged to end #periodpoverty by pledging FREE MENSTRUAL PRODUCTS in all secondary schools! #FreePeriods”

The Chancellor said the Department for Education would develop the new scheme in time for the next school year in September. Earlier, this month all NHS hospitals in England were directed to offer free tampons or sanitary products  to any patient who needs them from this summer.

In December 2017, Amika held the #FreePeriods protest outside Downing Street which was attended by over 2,000 young people. Following this, Amika began the #FreePeriods petition, which now has hit more than 270,000.

Although the petition was to get the government doing what they have to, #FreePeriods became a movement where hundreds of thousands of people agree with the cause.

Amika had several meetings with MPs and Lords in Westminster about how to tackle period poverty. Amika has worked hard to persuade major political parties to pledge to address period poverty in their manifestos.

In an interview with BBC she said: “The campaign showed the impact young people could have. I was literally 17 years old, doing it from my laptop in my bedroom.

I think it’s testament to the fact that politics is really changing at the moment. Young people don’t have to rely on MPs to start campaigns, they can do it themselves using social media.”