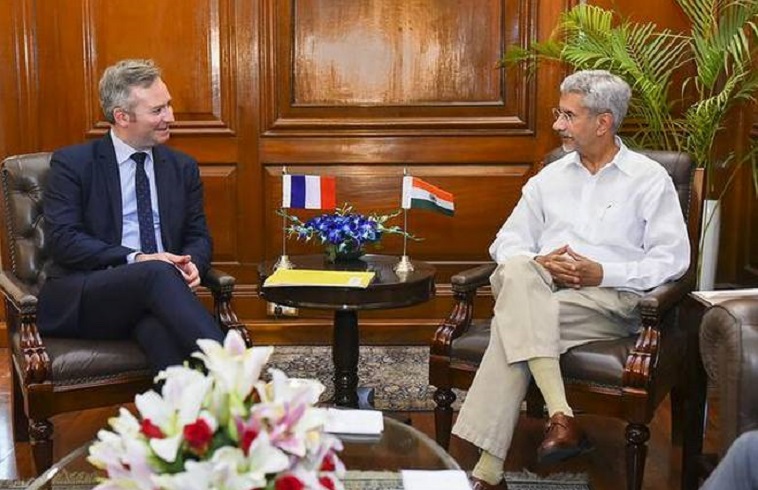 PARIS June 11: With the number of Indian students heading to France doubling in just two years time, the alumni are hoping that connections with the 500-odd French companies in India will lead to better job offers.

On Monday morning, French Minister of State for Europe and Foreign Affairs Jean Baptiste Lemoyne met the Indian alumni of French courses in business, engineering and design where one of the major issues discussed was the need to increase connections with the French companies based in India.

Mr. Lemoyne promised that he would push the demand with representatives of those companies when he met them on Monday evening.

The growth in Indian students heading to the U.S. and the U.K. has stalled over the last few years, largely due to immigration restrictions, and France has been rushing to fill the gap.

The shift really started three years ago, when we began intensive marketing to reach out to the new generation,” said French embassy spokesperson Remy Tirouttouvarayane. By 2025, France hopes to double the number yet again.

But there are an increasing number of French courses being offered in English, aimed at international and French students who want to compete on the global stage,” said Mr. Tirouttouvarayane, pointing out that 90% of Indian students now in France are studying courses taught in English, whether at top business schools or the globally renowned Sciences Po.

The programmes cost approximately €10,000 per year — including tuition costs and living expenses — and France also offers 500 scholarships worth €1.1 million specifically for Indians.

Another attraction is the 2-year work permit visa which allows the Indian students to gain work experience after they complete their studies there. “When they return to India, there is a strong alumni network to connect them to French companies here.”

While the bulk of Indian students now head to French business schools, with emerging interest in political sciences and engineering, several students interacting with Mr. Lemoyne on Monday also expressed interest in programmes in art and fashion.

“Many of these courses are also available in English, but are simply not as well known, so we are trying to increase awareness. Last year, we began a specific scholarship for Indian women wanting to study arts in France,” said Mr. Tirouttouvarayane.