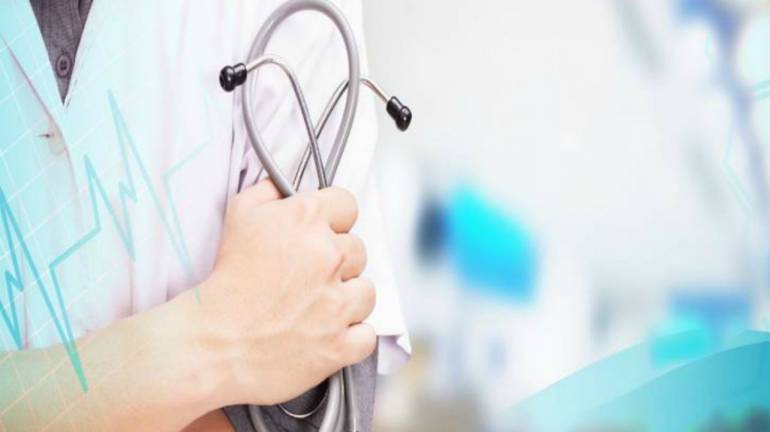 NEW DELHI June 11: In the very first session of the new Lok Sabha starting June 17, the Union government plans to reintroduce a key bill which aims to usher in mega reforms in the medical education sector. The National Medical Commission (NMC) Bill, which was introduced in December, 2017, lapsed with the dissolution of the 16th Lok Sabha.

Following the formation of a new government after the general elections, the Union health ministry would have to again initiate the legislative process, and for that a fresh draft bill would be put before the Cabinet soon, official sources said.

“The draft NMC Bill is currently awaiting approval from the Law Ministry,” an official said.

After its introduction in the Lower House of parliament in 2017, the bill, which aimed at replacing the Medical Council of India Act, 1956 and included the contentious provision of a “bridge course” to allow practitioners of alternative medicines to pursue allopathy, was referred to a Department-Related Parliamentary Standing Committee following massive protests from the medical fraternity.

The parliamentary panel gave its recommendations in March, 2018 following which the health ministry omitted the contentious provision and also made some others changes as suggested by the committee before moving the official amendments in the Lok Sabha.

“The official amendments were approved by the Cabinet and moved to the Lok Sabha separately. Now the NMC bill has been redrafted and the amendments as suggested by the parliamentary panel have been incorporated. The draft bill would be sent to the Cabinet soon,” the official said.

Meanwhile, as the term of the elected body of the Medical Council of India was coming to an end, the Centre dissolved the apex body and issued an ordinance in September last year, appointing a seven-member Board of Governors (BoG) to run the scam-tainted medical education regulator.

The health ministry will now move a bill to replace the ordinance so that the BoG can continue to function, the official said.

Some of the provisions of the NMC Bill, including the ‘bridge course’ were strongly opposed by health bodies, including the Indian Medical Association (IMA), which claimed that allowing AYUSH doctors to practice modern medicine would promote “quackery”, although the ministry had argued that the provision seeks to address the “acute shortage” of doctors in the country.

The health ministry scraped the provision of the ‘bridge course’ following protests.

“It has been left to the state governments to take necessary measures for addressing and promoting primary healthcare in rural areas,” the amendments stated and also made the punishment for unauthorised practice of medicine more severe with imprisonment of up to one year along with a fine up to Rs. 5 lakh.

The maximum limit of 40 per cent seats in private medical institutions and deemed universities the fee for which would be regulated was increased to 50 per cent.

Further, it was clarified that the fee would also include all other charges taken by the colleges.

The amendments also stated that the final MBBS examination would be held as a common exam across the country and would serve as an exit test called the National Exit Test (NEXT).

Thus, the students would not have to appear in a separate exam after MBBS to get license to practice.

NEXT would also serve as the screening test for doctors with foreign medical qualifications in order to practice in India, the health ministry had earlier said.