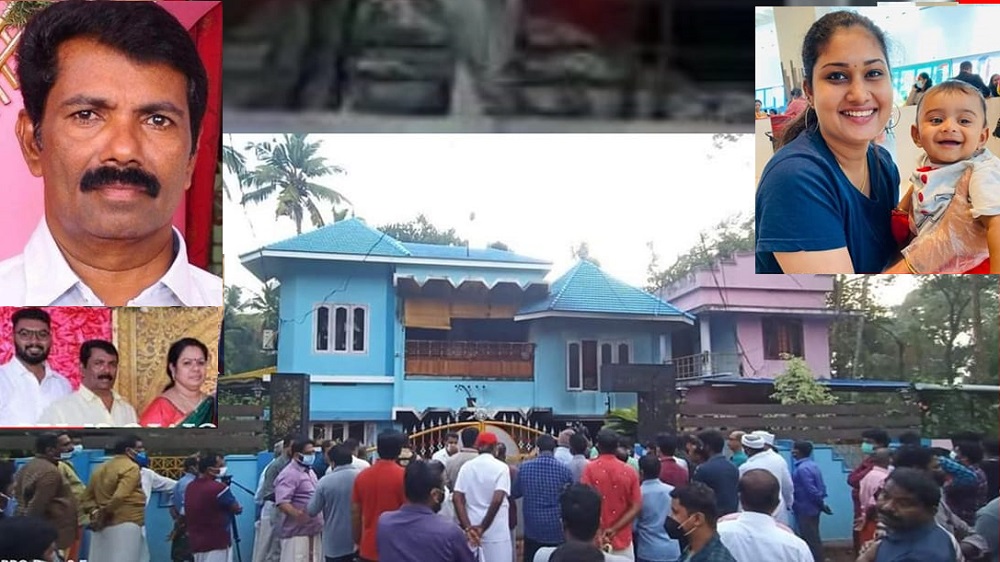 CROYDON March 8: Shocking news woke up Keralites on Tuesday morning with news of the death of five members of a family in Dalavapuram in Varkala of Thiruvananthapuram district.

According to reports in Malayala Manorama Prathapan’s house Rahul Niwas in Dalavapuram caught fire at 1.45am on Tuesday. The deceased include Prathapan aka Baby(62), Sherly (53), Abhirami(25) and Ahil (29). Abhirami’s eight-month-old son Riyan also died of injuries. The eldest son of Prathapan, Nihul, who sustained severe burns has been admitted to the hospital.

Malayalees in Croydon were too shocked with the news as Abhirami (25) is daughter of a Croydon native. Abhirami’s eight-month-old son Riyan also died of injuries.

Abhirami’s parents live in Vakkom and she got married into the family in Varkala and thus she was staying with her husband and in-laws when tragedy struck.

Abhirami is daughter of Zain Nadesan who lives in Croydon. Abhirami and her mother has been living in Kerala.

The fire is likely to have spread to the two-storeyed house from the car porch.

The neighbours alerted the fire force and police on spotting the fire. According to eyewitnesses, at least five bikes were on fire when they rushed to the house. Air-conditioners were also completely destroyed, they said.

“We are investigating the matter. The interiors of the house were completely destroyed in the fire. We shall call forensic experts and examine all angles of the case,” Rural SP Divya Gopinath informed Manorama News.

“Prima facie, we could not find anything suspicious. The forensic and electric experts have arrived and we cannot say anything conclusive only after receiving their reports. As per the CCTV visuals, the fire break was spotted by 1.15 am. Local people said that fire and smoke was found billowing from the car porch,” she told reporters.

The fire force personnel, who rushed to the spot, managed to break open the door on the rear side of the house and entered the building which was engulfed in thick black plumes of smoke.

Prathapan, a vegetable vendor, has been conducting business in the area for a long time. The family usually retired to sleep early by 10 pm and woke up by 4am, the neighbours said.

Smoke inhalation could be the reason for the tragic death of the hapless family members, they added. The bodies were shifted to the Thiruvananthapuram medical college for autopsy and a comprehensive probe was launched.