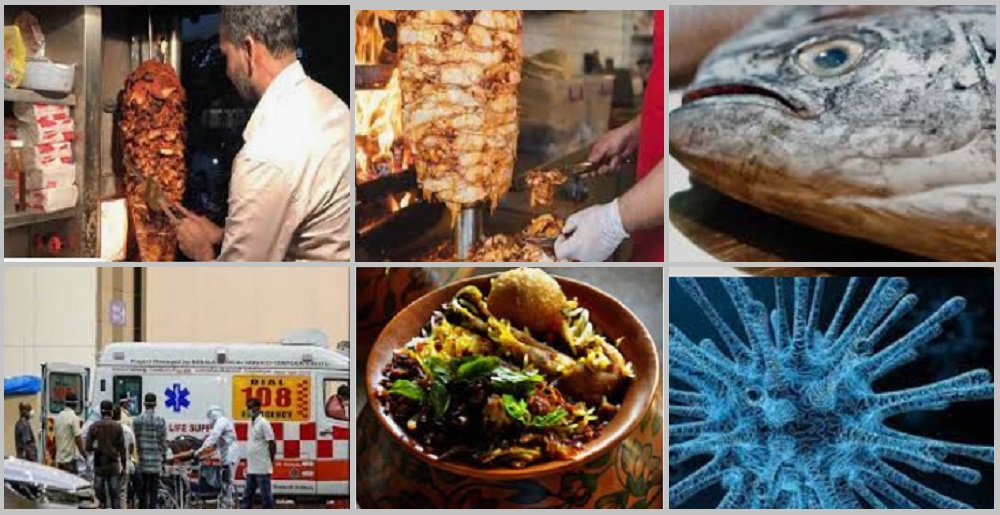 THIRUVANANTHAPURAM May 10: Inspections conducted by the food safety department in Kerala for more than a week have revealed a serious mismanagement. Action has been taken against 181 shops which do not have licenses or registrations. Notices have been issued to 631 establishments. So many irregularities are a result of the lack of inspections for a long time, say reports from Kerala.

Searches were carried out at 1,930 locations, including hotels and fish and meat shops. Within a week, 283 kilograms of unclean meat was seized and destroyed. As part of operation fish, 6,205 kg of stale and chemically contaminated fish were destroyed. However, there is criticism that due to the slow pace of testing, most of the establishments in the state have had enough time to cover up the serious problems.

The health department of the local bodies along with the food safety department also went for an inspection as the situation was critical. However, it is alleged that the investigation is a farce because of the leakage of information in advance.

The reason why so many cases are being reported every day even during inspections is because there is no significant penalty for those caught.

The problem is so acute that even after the Covid lockdown, there has been no inspection of business establishments. Coconut oil, jaggery and powder varieties are widely adulterated. There is also a huge fraud in the name of jackfruit oil. On a daily basis, many brands of food flours flow into the market. Most of them are unlicensed. It is under unhygienic conditions that this kind of dosa-idli-bread flour is packed. They have been excluded from current tests.

The food safety department decided to carry out state wide inspections in the hotels only after a girl died of food poisoning in Kasaragod.

Around 25 kg of rotten fish was seized from a canteen and a hostel mess of a private hospital at Nedumangad, here. A hotel was shut down in Thiruvananthapuram town for not functioning without a licence.

Meantime, stale food was seized in several hotels in Kochi. According to reports, the officials found that for more than one-month-old food was being served to the customers at a hotel in Maradu. Further, it came to attention that the hotels were functioning without following the norms of cleanliness.

Four hotels were shut down in Idukki for lacking a licence. 10 kg of rotten fish was seized from Cheruthonni.

A hotel was closed down in Palakkad for functioning in poor condition without any basic amenities. Meantime, 400kg of rotten fish was seized from Kasaragod. The fish was brought from Tamil Nadu for sale in Kerala.

Intervening in the issue after suo moto registering a case against the food poisoning death at Kasargod, the Kerala High Court on Friday said such an unfortunate incident could have been avoided had stricter checks and balances been in place and demanded that there should be all-round checks all the time.

Steps had been taken to fast-track the appointment of 41 food safety officers so that the strength reached the allotted number of 160, said Commissioner of Food Safety V.R. Vinod. “The vacancies will be filled in a fortnight, since the PSC [Kerala Public Service Commission] is shortlisting the candidates after interview. The recruitment to the post is direct and not through promotion. Existing officials were being given additional charge as of now,” he said.

A total of 152 shops selling shawarma were closed for not having licence or due to inadequate hygiene, while 179 kg of meat and 6,068 kg of fish were destroyed after the recent food poisoning incidents.

Non-governmental organisations and others have demanded that officials of the Food Safety department work in tandem with those of the health wing of civic agencies. The State-level general convenor of Janakeeya Anweshana Samithi, T.N. Pratapan, said the department had an allotted strength of 160 permanent employees and 102 temporary employees, on whose functioning the government spent approximately ₹31 crore every year. “They must collect more food samples, especially since Kerala is a consumerist State where a bulk of vegetables, eggs, meat and packed goods comes from other States,” he said.

Terming the stepped up of inspections at eateries as a fallout of the shawarma-related death, Ernakulam District Residents’ Associations’ Apex Council (EDRAAC) member D.G. Suresh called for regular inspections in all eateries, from roadside outlets to luxury hotels. “Eateries must keep their kitchens open for inspection or visits by customers to gain their confidence. There have been reports of eateries in shopping malls selling unsold food at low rates to agents, who then pass them on to vendors and others for sale. Food safety officials must clamp down on this as well,” he said.