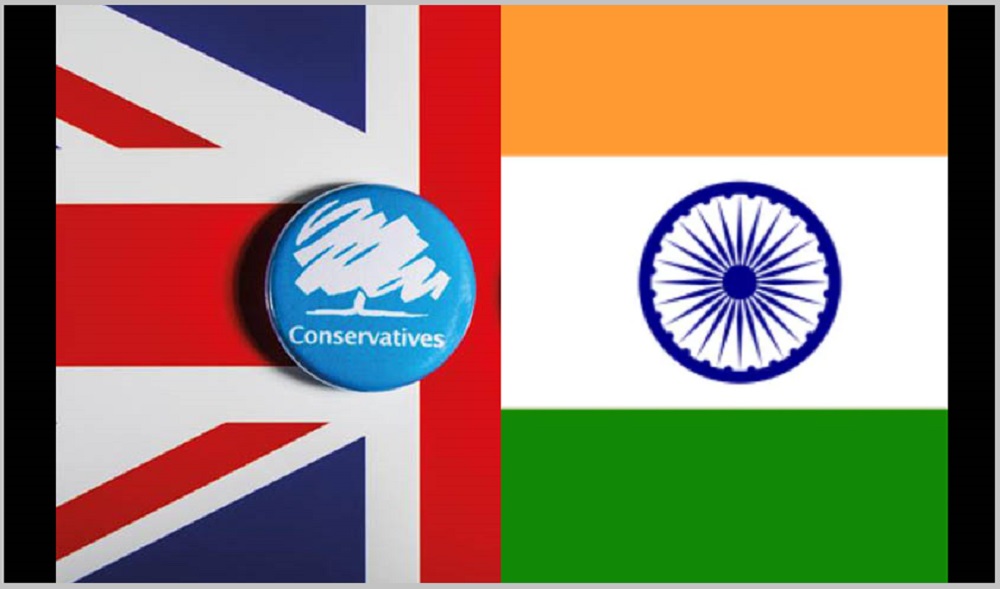 LONDON May 11: Religious consolidation, prevalent in the subcontinent, was clearly evident in British politics as testified by local election results in London.

British Gujarati Hindus, who subscribe to the RSS, reportedly closed ranks in Harrow in the north-west segment of greater London to vote for the Conservative party, thereby replacing the Labour party’s majority in the Council. The Conservatives are in power at the centre; but this was their only gain throughout Britain in the local elections.

It may be recalled, British Prime Minister Boris Johnson visited Gujarat a fortnight before the elections with UK media carrying colourful pictures of his movements there – in a bid to entice British Gujaratis. The ploy seems to have paid off.

Meanwhile, in Tower Hamlets in the East End of London, a relatively new political party Aspire – said to be guided by the Jamaat-e-Islami in Bangladesh, quite seismically edged out Labour.

Gareth Thomas, Labour MP representing the constituency of Harrow West, which falls within the Council boundary, said to IANS: “It’s going to take some time to properly analyse why we, disappointingly, lost the support of some in Harrow’s Indian diaspora at last week’s council elections. I will be listening to all communities across Harrow to win back every lost vote and more.”

Bob Blackman, Conservative MP from Harrow East, told a local paper: “Brilliant result for us gaining seven seats and control. A victory for the residents of Harrow.” He is known to enthusiastically swim in the Hindu tide to keep his constituents happy.

Neither made any reference to the view expressed by a BBC reporter when the outcome was declared. He said the “Hindu vote” had been instrumental in securing victory for the Conservatives. As many as 11 of the 31 Conservatives councillors elected are of Gujarati Hindu descent.

One of the RSS fronts in Britain known as the Overseas Friends of BJP campaigned hard in the last British general election in December 2019 to try and defeat Labour candidates in constituencies with large Hindu-origin voters. The claim was Labour is pro-Muslim and anti-Hindu and that its stand on the India-Pakistan dispute over Kashmir is pro-Pakistan.

That failed, though, because all three seats in Leicester city in the midlands of England, which has the highest concentration of people of Gujarati Hindu extraction, retained Labour MPs. In Harrow, which too has a substantial population belonging to the same community, the situation remained unchanged, as both Thomas and Blackman were incumbent MPs.

In Tower Hamlets, first Lutfur Rahman, who was banned from fighting polls in 2015 for electoral corruption, including religious intimidation, beat the sitting Labour mayor to clinch this position. Then his Aspire party gained control of the Council. Rahman remarked: “I was in the court of the people. And they said, in a loud voice, they wanted Lutfur Rahman and his team to serve them for the next four years.”

Rahman was congratulated by the Bangladeshi high commission in London. But a senior Bangladesh government source commented: “He is Jamaat.” This right-wing organisation is an opponent of the Awami League government in Dhaka.