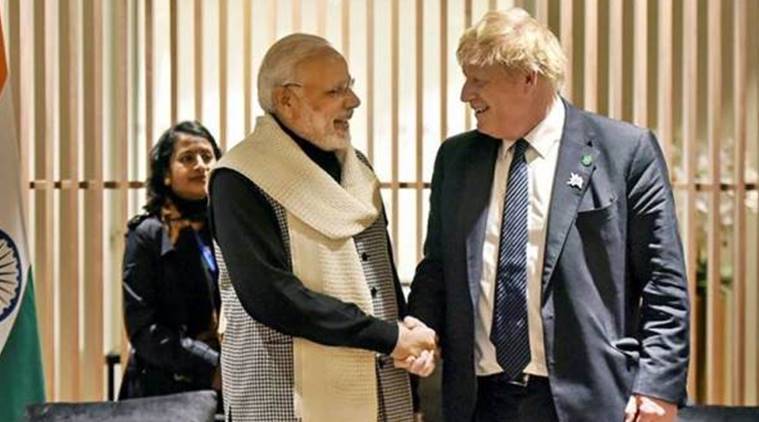 London Sept 4: British Prime Minister Boris Johnson on Tuesday said that a “big” free trade agreement (FTA) was among the key issues he discussed with Prime Minister Narendra Modi during their meeting on the sidelines of the G7 summit in Biarritz, France, last month.
In response to a question on India-UK relations raised by Indian-origin Conservative Party MP Shailesh Vara in the House of Commons on the summit outcomes at the end of parliamentary summer recess, Mr Johnson said he had an “extremely good conversation” with Prime Minister Modi.

“We agreed to strengthen our cooperation, not just on the security side – where clearly the UK and India stand shoulder to shoulder in the fight against terror – but also in military cooperation in the Asia-Pacific region where we share many interests,” Boris Johnson said.

“This (the discussions) also included on free trade, in doing a big free trade agreement with India,” he said.