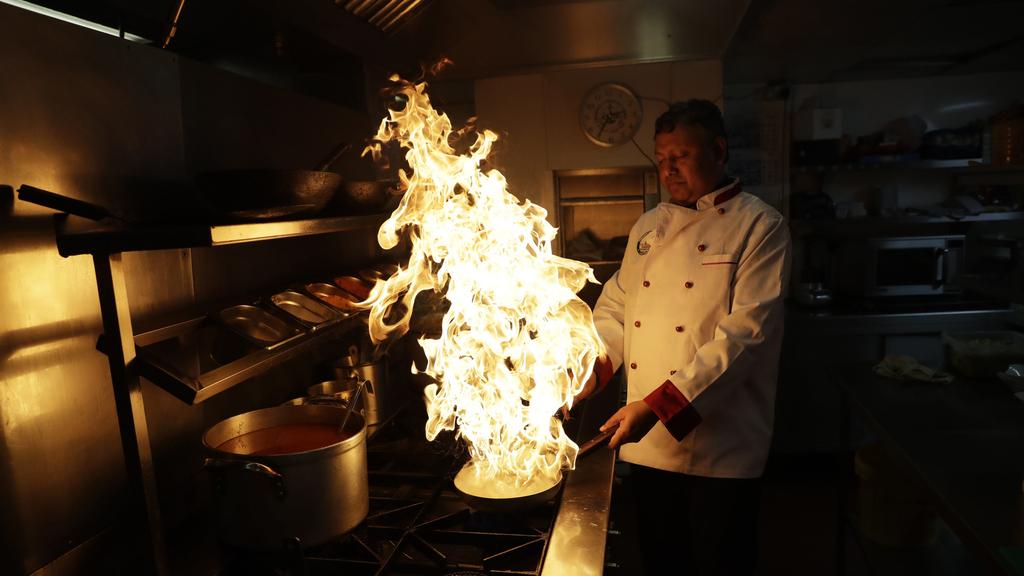 Imagine a world where London’s famous curry houses have all been shut down for want of chefs. This is may be a nightmare scenario for Kerala curry lovers. It is very much the situation that many of the best Indian restaurants in London are facing.

The pressures of current immigration rules are making it much harder for restaurants of all stripes to recruit and bring over the best chefs from India and the subcontinent more generally. Cooking some types of Indian origin cuisine require specific skills that cannot be easily imparted to people not of South Asian origin.

The issue is that tightened immigration rules are making it harder for chefs to be recruited and brought over to work in Great Britain. This problem is likely to get significantly worse as Great Britain comes closer to exiting the European Union in 2019.

The curry industry in the UK is worth some £3.4 billion pounds annually and employs some 200,000 people from restaurants and takeaways to distributors and even online order programs such as Hungry House and Just Eat.

Unfortunately visa restrictions on immigrant chefs are causing Indian restaurants to close down at the rate of four per week according to latest estimates. The loss of much of that business naturally constitutes more than just a blow to those of us who love curry.

This destructive trend if it carries on will also represent the loss of an important aspect of Indian traditional heritage and culture which is preserved in the United Kingdom.

Not everyone shares the view that Brexit will be negative for the British curry industry. Priti Patel, the Indian Diaspora champion under former PM David Cameron, had argued in the run-up to the EU referendum last year that a Leave Vote would actually strengthen the British curry industry, as chefs of South Asian origin would get visas that otherwise went to Eastern Europeans immigrants.

She had complained of ‘heart-breaking stories’ of families separated by visa issues, temple and Gurdwaras without priests and of course restaurants without chefs.

Others however strongly disagree. Vince Cable, the Leader of the Liberal Democrats highlighted the loss of the curry industry as a key challenge posed by Brexit at the British national curry awards on 27 November 2017.

He argued for so-called ‘vindaloo visas’ to help the stem the tide of losses the Indian food industry in Britain was facing. Essentially chefs specialising in Indian cuisine from the subcontinent could avail themselves of temporary 1 year visas to help stem the losses in the

He decried the ‘false promises’ of the Brexiteers that a vote to Leave the EU would lead to more chefs specialising in Indian cuisine being recruited.

The ongoing and likely worsening curry crisis point to the likelihood that Mr Cable rather than Ms Patel is correct. The number of chefs in Indian restaurants continues to drop like a stone.

This is causing particular problems in Kerala restaurants throughout London, where delays in service are not unknown because of the chef shortage.

There are other issues such as pay which have an impact on this unfortunate situation. The current rules stipulate that chefs specialising in Indian cuisine be paid over £29,000 which is often unaffordable for small businesses.

Furthermore the chef shortage has led to many skilled chefs demanding other perks such as free accommodation which are very difficult to deliver. Issues such as this will make it harder to fill posts as the demand for chefs far outstrips the supply.

It is vital that there is a loosening of immigration rules otherwise the landscape will be dotted with desolate and empty curry houses, many Kerala ones among them. One hopes the UK government wakes up to combat this threat.