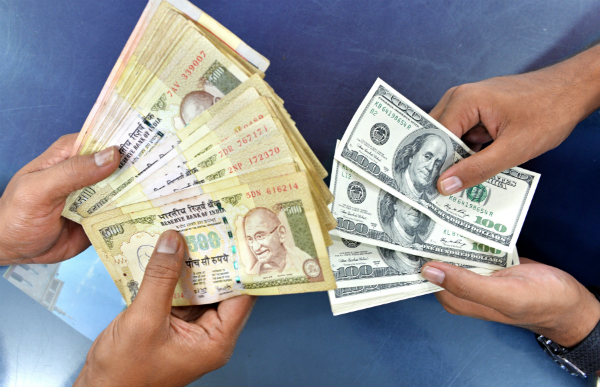 What is the maximum amount of money that a non-residential Indian can take with them to India? The lack of clarity on this question continues to vex many NRIs who often travel back home.

While guidelines do exist on Indian government internet sites, they are often contradictory or ambiguous. This is doubly the case since PM Modi’s shock demonetisation move last year.

Many government departments seem to be in competition with each other to be as confusing as possible. Indeed they would arguably win the league for least government organised communications, if such an unfortunate international competition existed. However thankfully recent updates on the Reserve Bank of India website have yielded some lot of clarity.

According to the Reserve Bank of India as of 1 August 2017 –the most up to date rules- a single passenger coming to India (provided they are not from Pakistan or Bangladesh) may bring with them up to 25,000 rupees in currency notes.

This is not a considerable sum, about £290 at current exchange rates. Please note the old limits like 7,000 etc. rupees are on outdated websites.

Each passenger may make use of this limited facility. By contrast the foreign currency can be brought into India without limit. Perhaps reflecting the Indian government’s desire for more foreign currency.

The foreign currency must be declared in a currency declaration form (CDF) if it exceeds $5000 (US dollars) in currency notes or equivalent or aggregate foreign exchange in the form of currency notes, bank notes or travellers cheques exceed $10,000.

The most prudent way to send money to India is by bank transfer. There are some limitations on the use of foreign exchange in India. Foreign cash cannot be used to purchase lottery tickets or participate in sweepstakes, for example.

Although one would presumably prefer to purchase Indian lottery tickets with Indian rupees in any case. Good luck to those NRIs that do so in any case.

On a more serious note, the law dealing with currency transactions in India is dictated by the Foreign Exchange Management Act (FEMA) of 1999. Most transactions carried by NRI’s are seen as current account transactions.

Indian (not NRI) travellers are expected to surrender unspent foreign exchange within 180 days of arrival in India to the authorities, according to the RBI. This is exchange in the form of traveller’s cheques and cash.

Something that family and friends from India need to bear in mind. Although they can keep foreign exchange of up to $2000 in their registered domestic foreign currency accounts according to the latest rules. Interestingly there are no restrictions on the holding of foreign coins.

Navigating the maze of bureaucracy in India can be a startling experience unless one has a lot of knowledge. Especially where money is concerned. Forewarned is forearmed, as the old English saying goes.

It can help you a lot in dealing with government queries about your cash if you take ten minutes to read up on the issue of foreign cash holdings and other vital information in the Reserve Bank of India below.

It is the latest update by the Indian government so readers can rest assured that it reliably supersedes outdates previous information. Curious NRIs may wish to take a look to inform themselves below: