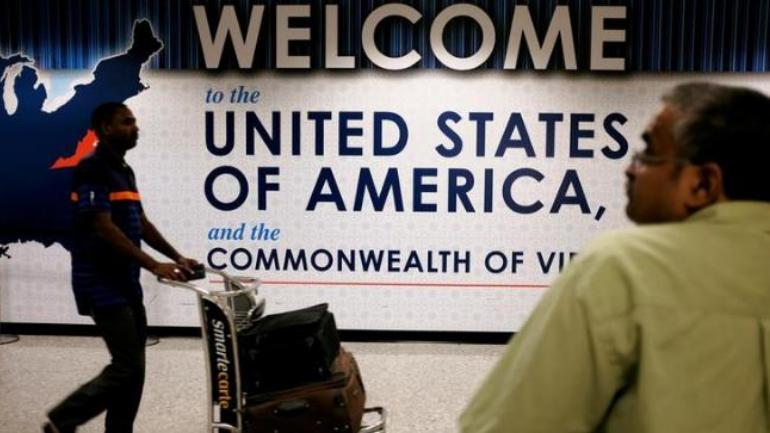 WASHINGTON Oct 19: Abandoning the Obama-era rule of granting work permits to H-4 visa holders – who are spouses of professionals holding H-1B visas, mostly Indians – will benefit some US workers, the Department of Homeland Security believes.

The Trump administration is planning to revoke a rule that makes spouses of thousands of immigrant workers eligible to work while in the US, a move that could impact tens of thousands of Indians.

H-4 visa is issued to the spouse of H-1B visa holders, a significantly large number of whom are high-skilled professionals from India. They had obtained work permits under a special order issued by the previous Obama administration in 2015.

The move to end the rule could have an impact on more than 70,000 H-4 visas holders, who have work permits.

The Department of Homeland Security (DHS) in its Unified Fall Agenda released on Wednesday said it believed that abandoning the current practice of granting employment authorization to H-4 dependent spouses would benefit some US workers.

The DHS said the proposed rule would no longer allow H-4 workers to enter the labour market early.

The DHS, which has already delayed three times this year issuing of the necessary notification, said in its agenda that it was on its way to remove H-4 dependent spouses from getting work authorization.

In its agenda, the DHS said it anticipated that there would be two primary impacts that it can estimate and quantify.

First, the cost-savings accruing to forgone future filings by certain H-4 dependent spouses, and labour turnover costs that employers of H-4 workers could incur when their employees’ employment authorisations are terminated.

“Some US workers would benefit from this proposed rule by having a better chance at obtaining jobs that some of the population of the H-4 workers currently hold, as the proposed rule would no longer allow H-4 workers to enter the labour market early,” it said.

As of December 25, 2017, US Citizenship and Immigration Services had approved 126,853 applications for employment authorization for H-4 visa holders.

These count all approvals since May 2015 when the rule was implemented. This number includes 90,946 initial approvals, 35,219 renewals, and 688 replacements for lost cards.

Last month, two powerful Democratic women Senators – Kamala Harris and Kirsten Gillibrand – had urged the Trump administration not to go ahead with its decision to revoke authorization to immigrants those on H-4 visas as such a move would have an impact on about 100,000 women.

“Preventing women from engaging in employment can lead to isolation, depression, anxiety, feelings of guilt, and a loss of self-worth. Revoking a wife’s ability to work leaves her and her children entirely dependent on her spouse.

“Increased isolation – coupled with complete financial dependence – can make leaving an abusive relationship dangerous and, in some cases, impossible,” they wrote.

However, the release of the Unified Fall Agenda shows that the Trump administration is on track to undo the H-4 spouse work authorization decision taken by the previous Obama administration.