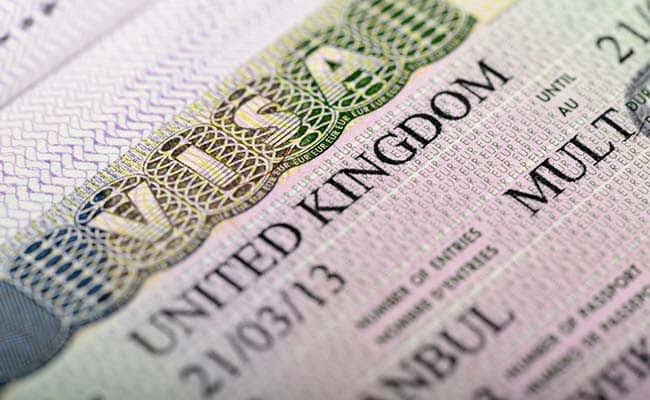 London Nov 29: The UK government on Thursday hailed as “remarkable” a 63 per cent hike in the number of Indian students being granted visas to study at British universities over the past year.

The latest statistics released by the UK’s Office for National Statistics (ONS) reveal that 30,550 Indian students received a Tier 4 Study Visa for the year ending September 2019, up from nearly 18,730 the previous year.

“This is now the third consecutive year in which the numbers have increased.

It is important to us because these young leaders of tomorrow will reinforce the living bridge that connects India and the UK,” said Sir Dominic Asquith, the UK High Commissioner to India, who said the statistics confirm that more Indians are choosing to study at the UK’s “world-class educational institutions”.

The ONS data overall indicates that over the last decade, around 270,000 Indian students have chosen the UK as a higher education destination.

“The positive growth in student visa statistics, along with the great collaboration between the Indian and UK higher education sectors, ensures that education continues to be key in the relationship between our two countries,” said Barbara Wickham, Director India, British Council.

The latest visa statistics also reflect the UK’s popularity among Indian holidaymakers, with more than 512,000 Indian nationals being granted tourist visas during the same period – a 9 per cent increase compared to the previous year.

India also continues to top the number of skilled worker Tier 2 visas granted by the UK over the previous year at 56,241, up from 55,136.

The ONS data, released quarterly, found an overall reduction in net migration from the European Union (EU) into the UK, seen as an impact of the ongoing uncertainties around Brexit and the lower value of the Pound Sterling.

The difference between EU nationals arriving and leaving in the year ending June 2019 was 48,000, the lowest level since 2003 when the EU was expanded to eastern European countries such as Poland and Lithuania.

In contrast, an estimated 229,000 more non-EU citizens moved to the UK than left in the year ending June 2019.

“Our best assessment using all data sources is that long-term immigration, emigration and net migration have remained broadly stable since the end of 2016. However, we have seen different patterns for EU and non-EU citizens,” an ONS spokesperson said.

Immigration remains a hot topic for the ongoing campaign for the UK General Election on December 12, with British Prime Minister Boris Johnson led Conservatives promising to bring in an Australian-style system to attract the “brightest and the best” from around the world.

The Opposition Labour and anti-Brexit Lib Dems are opposed to an end to the current freedom of movement rules as part of the UK’s membership of the EU, which allows citizens from the 28 member-countries the right to live and work anywhere within the bloc. – PTI