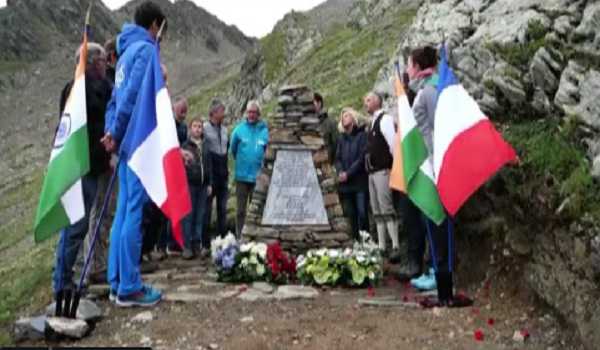 PARIS Aug 24: Prime Minister Narendra Modi on Friday inaugurated a memorial in the honour of the victims of two Air India crashes at the foothills of the Mont Blanc mountain in France in which several Indians, including Homi J Bhabha, regarded as the father of India’s nuclear programme, were killed.

The memorial at Nid d’Aigle, at the foot of Mount Blanc, was dedicated to Homi Bhabha and several other Indians who were among the passengers and crew of the two Air India planes that crashed in 1950 and 1966.

“In times of sorrow also India and France stand with each other. In the two air crashes we lost many Indian passengers including Homi Bhabha. Those who lost their lives, I pay tribute to them.

This is an example of empathy the people of the two countries have for each other,” PM Modi said addressing the Indian community at the UNESCO headquarters in Paris after inaugurating the memorial through video-conferencing.

The death of Homi Bhabha in the crash on Mount Blanc in the French Alps in January 1966 was considered a massive blow to India’s scientific advancement. A total of 106 passengers and 11 crew died in the crash of Air India flight 101, which was named Kanchenjunga, on January 24, 1966.

The bodies of the crew and passengers the two Air India aircraft could never be recovered from the snow-covered mountain heights.