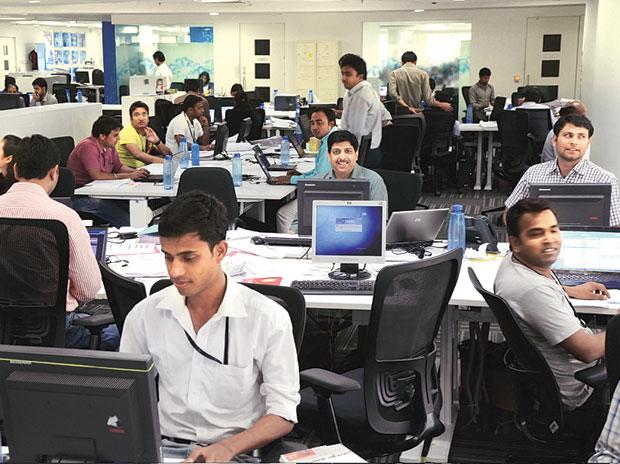 Mumbai Sept 18: Productivity of most employees is impacted by unrelated tasks and administrative work as 86 per cent in a survey feel that they lose time each day on work-specific tasks but unrelated to their core job.

Nearly nine in 10 employees (86 per cent) say they lose time each day on work-specific tasks unrelated to their core job, with 41 per cent of full-time employees wasting more than an hour a day on these extraneous activities, according to a workforce management provider Kronos Incorporated survey.

The survey was conducted between July 31 and August 9 on 2,800 employees, both full and part, in Australia, Canada, France, Germany, India, Mexico and Britain.

Additionally, 40 per cent of employees waste an hour-plus each day on administrative tasks that do not drive value for their organisation, the survey reveals.

Servicing customers, patients or students, is one of the top tasks on which individual contributors (56 per cent) and people managers (28 per cent) usually spend majority of their time.

The next highest-rated daily tasks for individual contributors is collaborating with co-workers (42 per cent), administrative work (35 per cent), manual labour (33 per cent) and responding to emails (31 per cent).

The survey also reveals that full time employees feel ‘Fixing a problem not caused by me’ (22 per cent) and administrative work (17 per cent) as the top two tasks they waste the most time on at work.

Baby Boomers (born between 1946 and 1964) apparently waste the most time fixing problems caused by someone else (26 per cent), while Gen Z (born from the mid-1990s to the early 2000s) is least-likely to clean up after others (18 per cent), yet they are most-likely to waste time on handling workplace conflict (9 per cent).

Millennials blame social media as a time-sucker (10 per cent) and agree with Gen X (born from early-to-mid 1960s to the early 1980s) that meetings (13 per cent) are a waste of time.

Gen Z (10 per cent) think talking on the phone is a time-waste.

Further, the survey reveals that worldwide 53 per cent of employees feel pressure to work longer hours or pick up extra shifts to grow their career, came from within.

Of those who feel pressure to work longer, 60 per cent put pressure on themselves while the rest say that pressure came from their managers, it added.

Workers in France (66 per cent) and India (62 per cent) feel by far the most pressure to work longer hours, while employees in Canada (38 per cent), the US (44 per cent), and Australia (47 per cent) felt the least amount of pressure, it added.