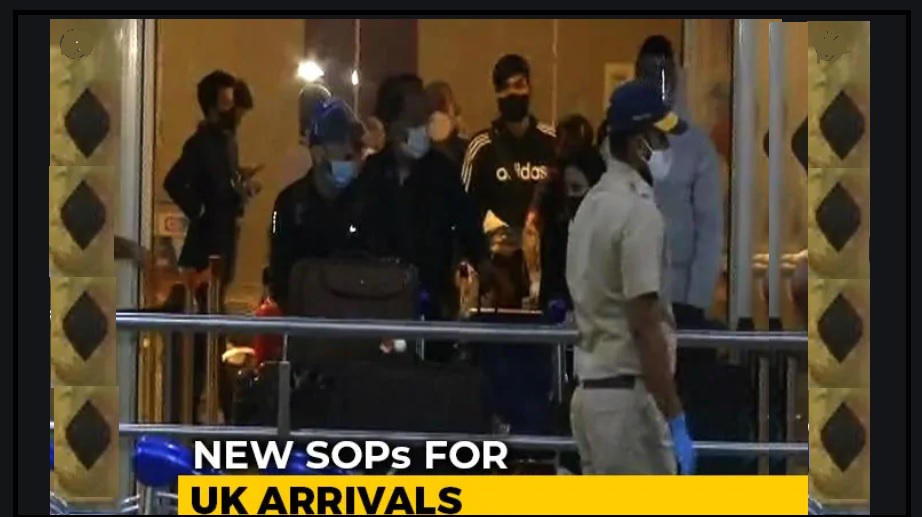 MUMBAI Dec 23 : India plans to track down everyone arriving from Britain over the past month, officials said on Tuesday, hoping to stop a more infectious strain of the coronavirus detected there spreading in a country battling the world’s second highest COVID-19 tally.

Eight people arriving from Britain tested positive for COVID-19 this week and more results are awaited, officials from three Indian cities said. So far none of the infections appeared to be the new strain, a senior government advisor said, while a testing coordinator said analysis was still ongoing.

Recorded COVID-19 infections in India exceeded 10 million at the weekend, second only to the United States. More than 146,000 people in India are recorded to have died from the disease.

The discovery this month of a new more easily transmissible form of the virus in Britain is a particular concern since several hundred people typically arrive at each of India’s major airports from Britain every day.

India will suspend flights from Britain from Wednesday until the end of the month and has been testing passengers.

“To the best of our knowledge, we have yet to spot such a virus in our country, for which intensive efforts are in the offing,” V.K. Paul, a top COVID-19 adviser to Prime Minister Narendra Modi, told a news briefing.

Authorities will track down passengers who arrived from Britain after Nov. 25 and test anyone showing COVID-19 symptoms, according to a government advisory.

Paul said the new strain would have no impact on vaccine development.

“As of our understanding today, it has no impact on the potential of the emerging vaccines that are being developed in our country,” he said, adding they were awaiting additional data from Pfizer Inc for its vaccine’s emergency use application.

Of the nearly 480 passengers and crew who arrived in New Delhi since late on Monday, five had tested positive for the coronavirus and sent into isolation, said government official Awanish Kumar, who is helping coordinate testing.

The National Centre for Disease Control would confirm if anyone had the latest strain, he said.

Two passengers in the eastern city of Kolkata and one in Chennai in the south who traveled from Britain have also been found positive, local officials said.

The government has said it plans to start vaccinating the population next month and Videh Kumar Jaipuriar, CEO of the airport in New Delhi, India’s largest, said on Tuesday it was gearing up to distribute up to 5.4 million vials a day.