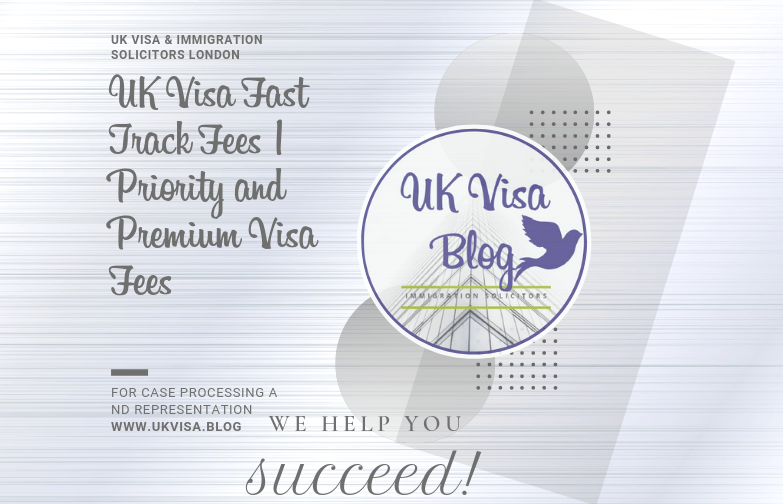 LONDON March 28: The Home Office has increased fees for most of the visa applications from Friday, March 29, 2019. As usual the applicants are vulnerable and left with no choice. UK visa fees were considered to be the most expensive in the woprld already.

According to immigration experts, on top of this fee increase, due to complicated and confusing UK visa procedures, many people may lose their visa fee due to mistakes in the visa application process.

The key visa fee increases include:

There’s also a £4 fee increase for Academic Visitor and Private Medical Treatment visas from £186 to £190, while the fee for the overseas optional Priority Visa – Non-Settlement service has been set at £220.

A number of fee increases have occurred for Priority Services, including:

The Home Office memo states: “Fees for entry clearance to enter the Bailiwicks of Jersey and Guernsey, and the Isle of Man, as a visitor, and for the priority visa service, will rise in-line with the same fees charged for applicants coming to the UK.”

In addition to fee increases across UK visitor visa categories and priority services, the Home Office outlined a number of other cost increases, including:

New fees for the UK innovator and start-up visas, which replace the Tier 1 (Entrepreneur) and Tier 1 (Graduate Entrepreneur) routes. Fees for the new visas will be set at the same rate as the visas they are replacing, initially.

A new fee of £244 applicable to entry clearance for the Bailiwick of Jersey under their new Temporary Seasonal Work Permit arrangements. The fee is the same as that which will be charged under Tier 5 in the UK, for the Seasonal Agricultural Workers Pilot.

Despite several increases across a number of categories, fees for Tier 2 visa applications will remain fixed at their current rate, the Home Office said.

The government agency’s memo said: ‘Fees under the sponsorship system have been held since April 2015.’

Workpermit.com has been in the immigration services business for thirty years, and have helped thousands of people to study and work in the UK.

We work under Section 84 of the 1999 immigration act and can submit your UK visa application to the Home Office to be dealt with on the same day.

For more information and advice on UK immigration law and UK visa applications please contact us on 0344 991 9222 or at london@workpermit.com