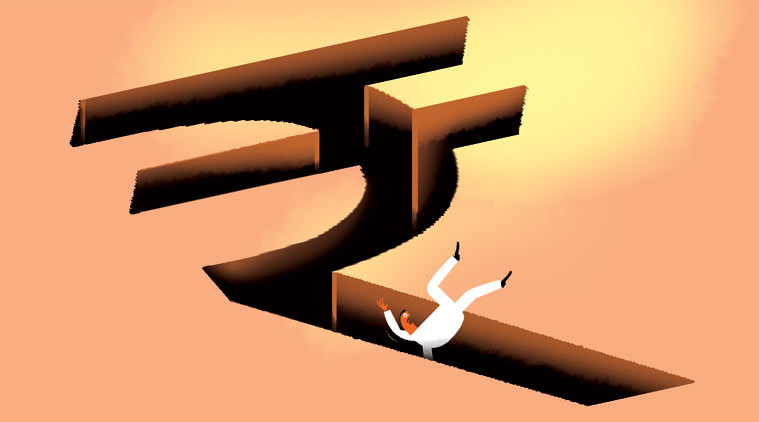 New Delhi, Sep 6: The sharp fall in the value of Rupee may have left the policy makers worried, but for Indians working abroad its time to sent the money back home.

Since the Rupee has hit an all time low against the Dollar, any conversion from foreign currency will fetch more Indian currency now than ever before.

A person, for example, has 1,000 dollars in his account abroad, and if the exchange rate was Rs 65 per Dollar, then when he/she transfers it to India, it would translate to Rs. 65,000.

Now, that the Rupee value has fallen to around Rs 71.87 per Dollar, the same 1,000 Dollars would fetch Rs. 71,870. The Rupee has fallen by about 10 per cent this year alone, a significant drop compared to recent years, according to experts.

The rupee traded at 19. 3 to a dirham, UAE’s currency, on Thursday (August 30) and dirham is pegged to the dollar. Fall in Rupee value against the Dollar means that it would have fallen even against Dirham.

Money exchanges in the UAE were expecting a strong flow of remittances. While the surge in remittances coincided with thousands of blue-collar workers sending money home at the end of the month, experts also expected other expatriates to remit large amounts, said a report in The National.

Those abroad maybe happy that are getting more Rupees, but if it continues for long then the purchasing power of the Rupee will come down.

That means one has to shell out more Rupees to buy commodities from the market.