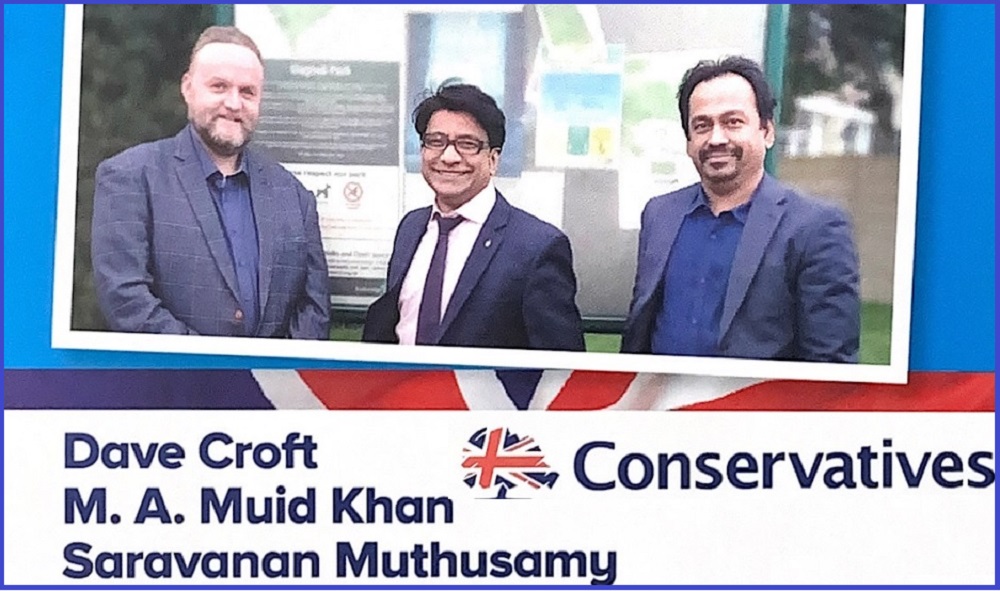 LONDON May 3: Saravanan Muthusamy is a Conservative candidate who is contesting from the Clayhall ward of Redbridge council for the May 5 council elections.

Speaking to this website Saravanan Muthusamy said: “Representation is important for everyone and I could see that south Indians are under-represented not just locally but also in wider and central government, so I wanted to personally help with changing this”.

Muthusamy is an accounts manager for a logistics company and lives on the Woods Estate.

Speaking to this website he stressed the important roles south Indians have played in his constituency.

“South Indians play a major part in the constituency both in its social and financial growth. They run local businesses and invest in the local community. They also run charities for those less fortunate in our community”, he said.

He stressed that his focus would be on tackling drug abuse, car thefts and protecting the Green Belt.

On being asked what can the Conservative government could do to support south Indians, he said: “Government can start with re-instating some of the support that was previously in place such as funding for local language schools, as teaching languages to the next generation will protect our culture as well”.

His vision for the local council is to freeze Council Tax in 2023/24.

“However our ambition is to reduce Council Tax in the same way as Conservative Wandsworth achieved. In Wandsworth Council Tax is less than half that of Redbridge”, he said.