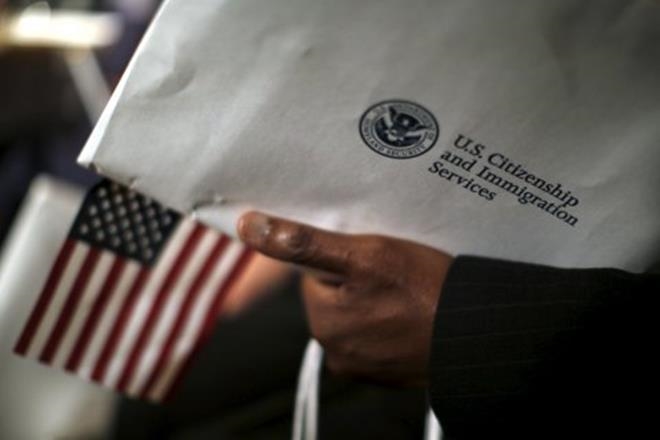 WASHINGTON Feb 6: The eight Indians, who were recently arrested for recruiting several hundred students mostly from India to stay illegally in the US by enrolling in a fake university, have pleaded “not guilty” before a federal court in Michigan.

One of them Phanideep Karnati, 35, who is on a H-1B visa and lives in Louisville, Kentucky was released on a bond of USD 10,000 on Monday.

Seven others – Barath Kakireddy, Suresh Kandala, Prem Rampeesa, Santosh Sama, Avinash Thakkallapally, Aswanth Nune, and Naveen Prathipati – consented to their continued detention before a judge in the Eastern District of Michigan, where they were produced along with Mr Karnati days after their arrest.

They were arrested last Monday from Detroit, Florida and Virginia in a nationwide Immigration and Customs Enforcement (ICE) operation. The ICE also detained some 130 students, out of which 129 were Indians.

All of them pleaded “not guilty”, John W Brusstar, attorney for Karanati told PTI over phone from Michigan.

He accused the federal government of entrapping people by carrying out such a sting operation.

“It was all choreographed,” Mr Brusstar told PTI in response to a question.

Except for Mr Karnati, none of the seven Indians, arrested on criminal charges for recruiting foreign students to enroll in a fake university to illegally stay in the US, had hired an attorney on Monday. All of them are in late 20s or 30s.

Mr Brusstar said Mr Karnati was released on a bail because of his good track record.

An information technology engineer on H-1B visa, Mr Karnati came to the US some 10 years ago.

If convicted he and seven others face imprisonment of up to five years.

According to the 16-page indictment, from February 2017 to January 2019, these eight Indians conspired to fraudulently facilitate hundreds of foreign nationals in illegally remaining and working in the US by actively recruiting them to enroll into a metro Detroit private university Framington University.

Unbeknownst to the conspirators, Framington University was operated by special agents of the Homeland Security Investigations (HIS) as part of an undercover operation, ICE said in a statement.

As part of the scheme, the defendants and recruiters assisted foreign citizen students in fraudulently obtaining immigration documents from the school and facilitated the creation of false student records, including transcripts, for the purpose of deceiving immigration authorities.

The illegal documents obtained as a result of the conspirators” actions were based on false claims, false statements and fraud since the purported foreign students had no intention of attending school, nor attended a single class, and were not bona fide students.

The ICE said that all participants in the scheme knew that the school had no instructors or actual classes.

The defendants intended to help shield and hide their customers/”students” from United States immigration authorities for money and collectively profited in excess of a quarter of a million dollars as a result of their scheme.

According to the indictment, the university was being used by foreign citizens as a “pay to stay” scheme which allowed these individuals to stay in the US as a result of foreign citizens falsely asserting that they were enrolled as full-time students in an approved educational program and that they were making normal progress toward completion of the course of study.

“Each of the foreign citizen who enrolled and made tuition payments to the university knew that they would not attend accrual classes, earn credits or make progress towards an actual degree in a particular field of study – a pay to stay scheme,” it said.

“Rather their intent was to fraudulently maintain their student visa status and to obtain work authorisation under the CPT program,” the indictment said.

It claims that each student knew that the university”s program was not approved by the Department of Homeland Security and was illegal and that discretion should be used when discussing the programme with others.

This is the second such case when Department of Homeland Security has used a fake university to unearth a fake student visa racket.

In 2016, the ICE had arrested some 21 people on similar charges for a fake University of Northern New Jersey.

The ICE is a law enforcement agency of the federal government of the US tasked to enforce the immigration laws of the United States and to investigate criminal and terrorist activity of foreign nationals residing in America. – PTI