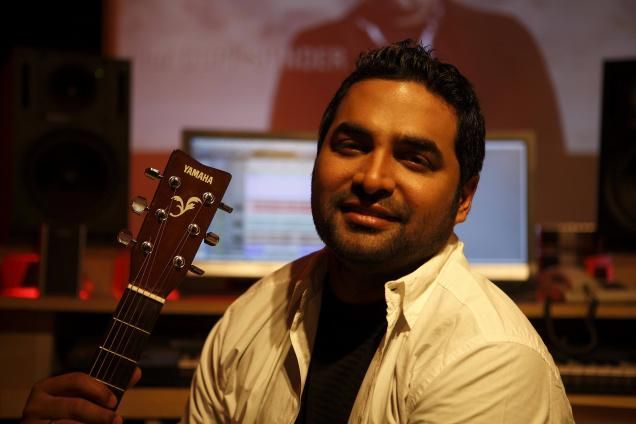 KOCHI July 18: The background score when Mammootty and Mohanlal appeared on screen in yesteryear Malayalam films is still popular with the youth.

Sagar Alias Jacky and Sethuraman Iyer entered people’s hearts because of the magical background score heard when the characters appeared on the screen.

Gopi Sunder is a music director who has brought that golden era back to Malayalam film industry after a gap. He was able to produce wonderful music in movies such as Big B, Ustad Hotel, Mumbai Police, ABCD, Pulimurugan and the upcoming movie Kayamkulam Kochunni.

Gopi is now getting ready to star as hero in the movie ‘Toll Gate’. Actor Dulquer Salman shared this news via his Facebook page. Harikrishnan scripts as well as directs the movie. DQ has also released first look poster of the movie.

He is acting as hero for first time though he has acted previously in movies such as ‘Mr. Fraud’ and ‘ Salala Mobiles’. Gopi said that he is undertaking this project just because of the director’s faith in him and courage to give him the role. Though he has started acting he is not ready to leave his profession as music director. He himself will do the music for the movie.