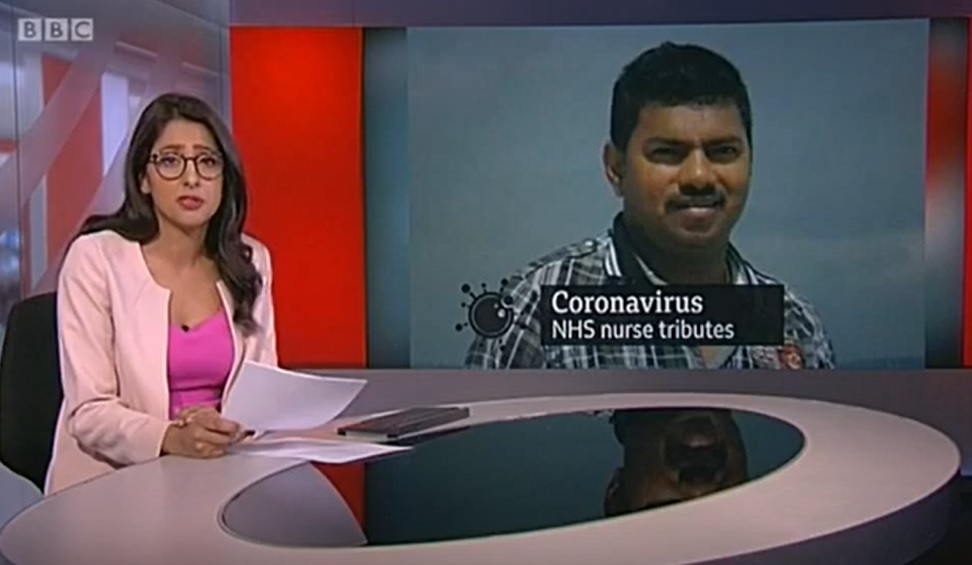 LINCOLNSHIRE April 30: Anuj was one among us. He feared the Coronavirus. He shared precautionary posts on his social media to keep the virus at bay. He wasnt fearful of all this until a couple of months before the pandemic hit us. He was chasing his dreams and his desire was more intense than ours.

He arrived in the UK nine years back and studied to become a nurse and he became a qualified nurse in September 2019. Soon he started his nursing career at Pilgrim Hospital Boston in South East Lincolnshire. Within a few months into the job Anuj was faced with one of the biggest challenges in life. The Covid pandemic brokeout.

His passion for the job came to the fore when he told his wife and friends that he will not shy away from the fight and he couldn’t hold himself back. He wanted to give back to his country what it offered him when he arrived. He served as a true hero working restlessly by providing the best care he could.

The worst nightmare came true for him when he was tested positive for the Coronavirus. He would have thought about his dreams. He wanted his wife, who has one more year of studies, to complete her nursing qualification. He did give a fight and he kept coming back to life and gave hope but the virus had the final say and he passed away on 27th April 2020.

Anuj had left an indelible mark in several people’s lives and such is the outpour of grief. They knew Anuj and his dreams very well. His friend Jerry Varghese didn’t delay. He didn’t wait to just bereave. He picked up from where Anuj left. He gave wings to Anuj’s unfulfilled dreams through him starting a fundraising campaign. Jerry asked for £30,000 but Anuj had touched so many lives, even after his death with his story and today the funds have gone above £37,000 and increasing.

Jerry had posted on the fundraising page as reasons, “Being a single mother with no access to financial resources, I worried Anuj’s wife may struggle to meet the ends and also may give up her studies. I am sure she wants to complete her studies but from here onwards her priorities are changing unexpectedly. So I am truly hoping that this money will help them to arrange his funeral and support his families livelihood for the next few months”.

Anuj Pavithran leaves behind his wife Sandhya and his two children.

He said the whole trust offered Mr Pavithran’s family their “heartfelt condolences”. A community group that campaigns for the hospital tweeted: “Awful day. He & his family have paid a terrible price for putting patients first. Everyone’s thoughts are with the family.”

Anuj Kumar’s friend Jerry Varghese left a heartfelt tribute to his friend, who he says worked “day and night” during the pandemic. There is nothing we can do to bring their normality back, but the least we can do is to help with the funeral and family support fund”