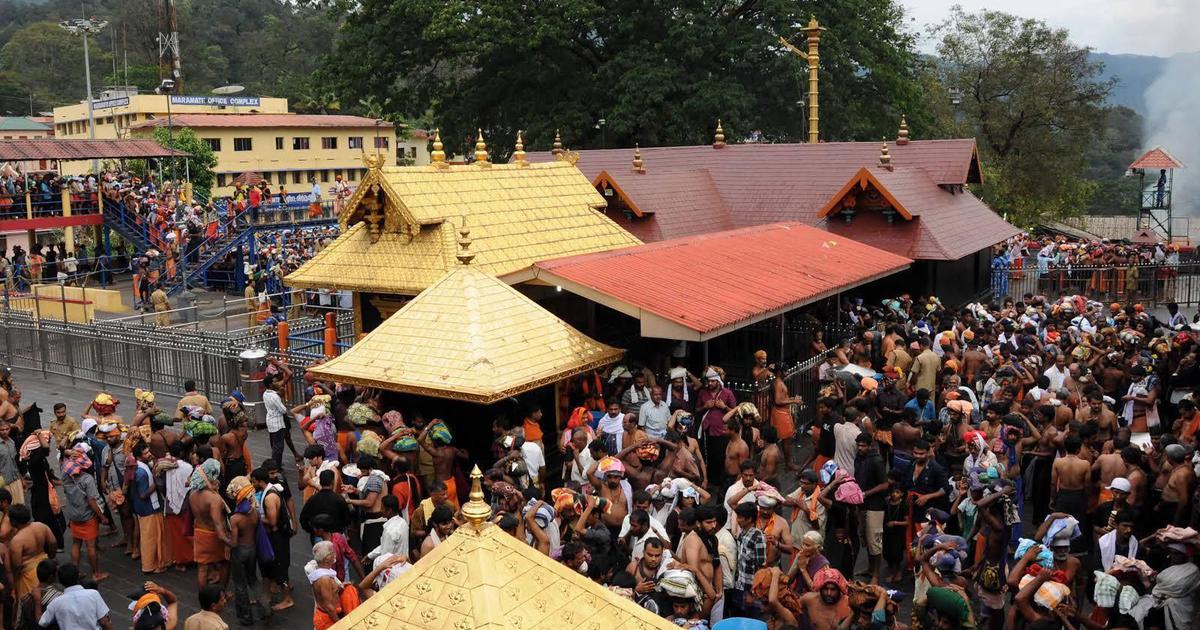 THIRUVANANTHAPURAM: After a five-judge bench of the Supreme Court allowed the entry of women of all ages into Kerala’s renowned Sabarimala Temple, the Travancore Devaswom Board President, which runs the shrine, was “disappointed”, but said that they will accept the verdict.

The temple body had informed the court that they wanted to continue with the existing practices, but now they had no other option but to comply.
The board, however, is contemplating filing a review petition and a discussion in this regard will take place on October 3, president A Padmakumar said.
Rahul Easwar, President of the Ayyappa Dharma Sena and one of the main activists who backed the ban on the entry of women between the ages of 10 and 50, is also planning to file a review petition.

Mr Easwar is the grandson of Sabarimala priest Kandararu Maheswararu, who died in May this year.

Several women say that they will not visit the temple till they hit menopause. The women cadres of Hindu outfits offered prayers in temples in Tamil Nadu with a promise that they would “wait” till they crossed 50 to visit the Lord Ayyappa temple, notwithstanding the Supreme Court verdict allowing them entry.

“For us, the ancient customs are important irrespective of whether a court agree with them or not,” a woman said on Saturday.

In a four-one majority verdict, the top court today revoked restrictions on women entering the temple following a 20-year legal battle, ruling that patriarchy cannot be allowed to trump faith.

“Our core argument is that presiding deity of Sabarimala shrine has some peculiarities. The deity is in the form of ‘Naishtika Brahmachari’ and has certain rights to uphold the privacy of the deity. And the deity’s private space is the temple, so we were expecting a much more balanced verdict,” Mr Easwar said.

“We will certainly a review petition. We will definitely go ahead with this fight because it affects the very core of temple belief and temple systems. Article 25 will be diluted… We still have the legal remedy with us. Until October 16 the temple is closed too, so we have time,” he added.

The Lord Ayyappa temple in Sabarimala has traditionally barred all women of menstruating age.

The temple’s rule emanated from the still widely-held belief in India that menstruating women are “impure”. The custom in the temple was challenged by a clutch of petitioners who argued that women cannot be denied the constitutional right to worship.

“To treat women as children of a lesser god is to blink at the constitution itself,” said Justice DY Chandrachud, part of the five-judge bench that gave a majority verdict on Friday.