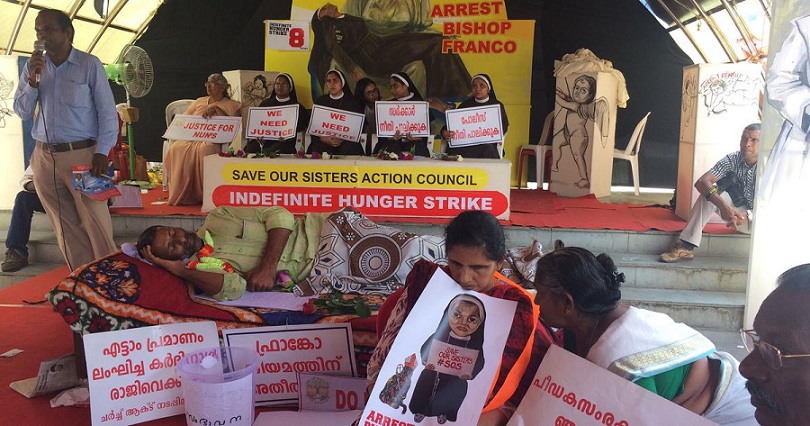 WAYNAD Sept 25: The church Monday withdrew restrictions imposed on a Catholic nun for participating in the recent protest by nuns in Kochi, demanding the arrest of rape accused Bishop Franco Mulakkal.

Sister Lucy Kalapura, who returned to her parish on Sunday, was asked to keep away from all church duties,conducting prayers and other activities related to the Syro Malabar catholic church.

The decision to lift the ban on the nun was taken at a meeting of parish at the St Marys Church Karakkamala in the district Monday.

A group of believers also protested in front of the parish hall, demanding withdrawal of action against the nun.

Speaking to reporters,Sister Lucy Kalapura said that she was happy that the church lifted the ban on her.

“It is a victory of justice”, she added. The nuns had protested for 13 days, demanding the arrest of the Bishop who was accused of repeatedly raping a nun.

Franco Mulakkal, who was subsequently arrested on Saturday after three days of intense grilling by Kerala police, is now in 12 day judicial custody.