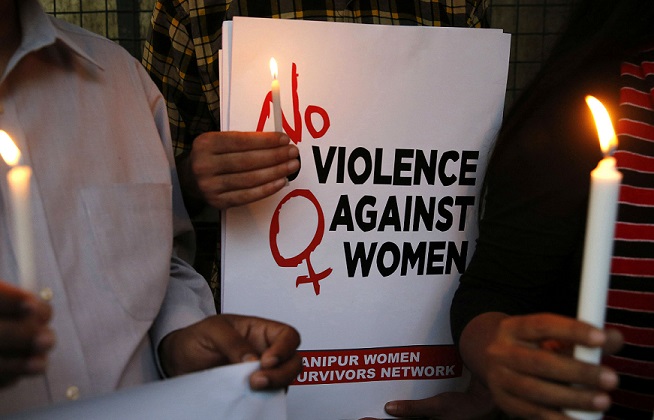 KOCHI Sept 10: The protest by Catholic reformation organisations against alleged laxity in the probe into the rape complaint by a nun against a Roman Catholic Bishop entered the second day in Kochi today with a group of five nuns accusing top police officials of trying to sabotage it.

The nuns from a convent in Kottayam, to which the woman who allegedly raped belonged, slammed the reported move to hand over the probe against Bishop Franco Mulakkal of Jalandhar diocese to the crime branch wing.

Taking part in the protest seeking justice for “their sister” allegedly raped by a Roman Catholic Bishop for the second day, they reposed confidence in the ongoing probe by Vaikom Deputy Superintendent of Police K Subhash.

The nuns claimed the police officers were trying to delay the probe into the case to save the Bishop.

“We have full faith in the investigation being carried out by the Deputy Superintendent of Police. But the top police officials are not giving him permission to take the Bishop into custody and do his custodial interrogation,” one of the nuns told reporters at Kuravilangadu in Kottayam district.

“They are not allowing him to carry out a free and fair investigation.They are delaying the probe and trying to sabotage the case,” she said.

They also alleged that the police action in the case help the culprits eliminate the victimised nun and the nuns stand by her.

The nuns said they have decided to initiate legal action against an Independent MLA who had allegedly attacked the complainant using abusive language.

Addressing a press conference in Kottayam yesterday, Poonjar MLA PC George had sought to know why she had not complained in the initial stage of sexual misbehaviour by the bishop.

Meanwhile, the family members of the affected nun also said they have full faith in the probe by the DSP and were planning to approach the Kerala High Court seeking a court-monitored investigation.

“We have full faith in the investigation officer,” one of the family members told reporters.

Kerala Director General of Police Loknath Behera, however, said there was no move at present to hand over the investigation to the crime branch.

Talking to reporters in Thiruvananthapuram, the DGP said he has directed Ernakulam Range IG Vijay Sakhare to complete the investigation into the case as quickly as possible. He also expanded the Special Investigation Team headed by Subhash to expedite the probe.

The protest seeking justice to the nun who was allegedly raped and demanding the arrest of the Bishop today received support from various sections of society.

Addressing the protesters, retired high court judge B Kemal Pasha hit out at the police, accusing them of not acting as per the code laid down by law while probing a rape case.

If there was prima facie evidence against the Bishop in the case, he should have been subjected to a potency test, which is an important procedure in the investigation in a rape case.

However, the police probing the case had not initiated it so far and the delay will in a way help the accused escape during the course of trial, he said.

Congress MLA P T Thomas said he was surprised by the Pinarayi Vijayan-led LDF government’s stand on the issue.

“The investigation is crawling in the case. Why this government is scared of arresting the Jalandhar Bishop? I am surprised,” he said at the protest venue.

Fr Paul Thelakkatt, former spokesperson of the Syro-Malabar Catholic Church, said the Church, society, the nation and the police should stand with the nun.

On Saturday, one of the five nuns had said: “We are ready to go to any extent for ensuring justice to our sister.”

She had sought to know why the bishop had not been arrested despite “sufficient evidence” against him and also questioned the church’s stand on the matter.

The Bishop has been accused of rape and unnatural sex with the complainant multiple times between 2014 and 2016.

A special team probing the case has said that according to preliminary investigations, Bishop Franco abused his position and repeatedly raped the nun.

Responding to a petition seeking a speedy probe, DSP Subhash had informed the high court on August 13 that the probe was proceeding effectively and impartially.