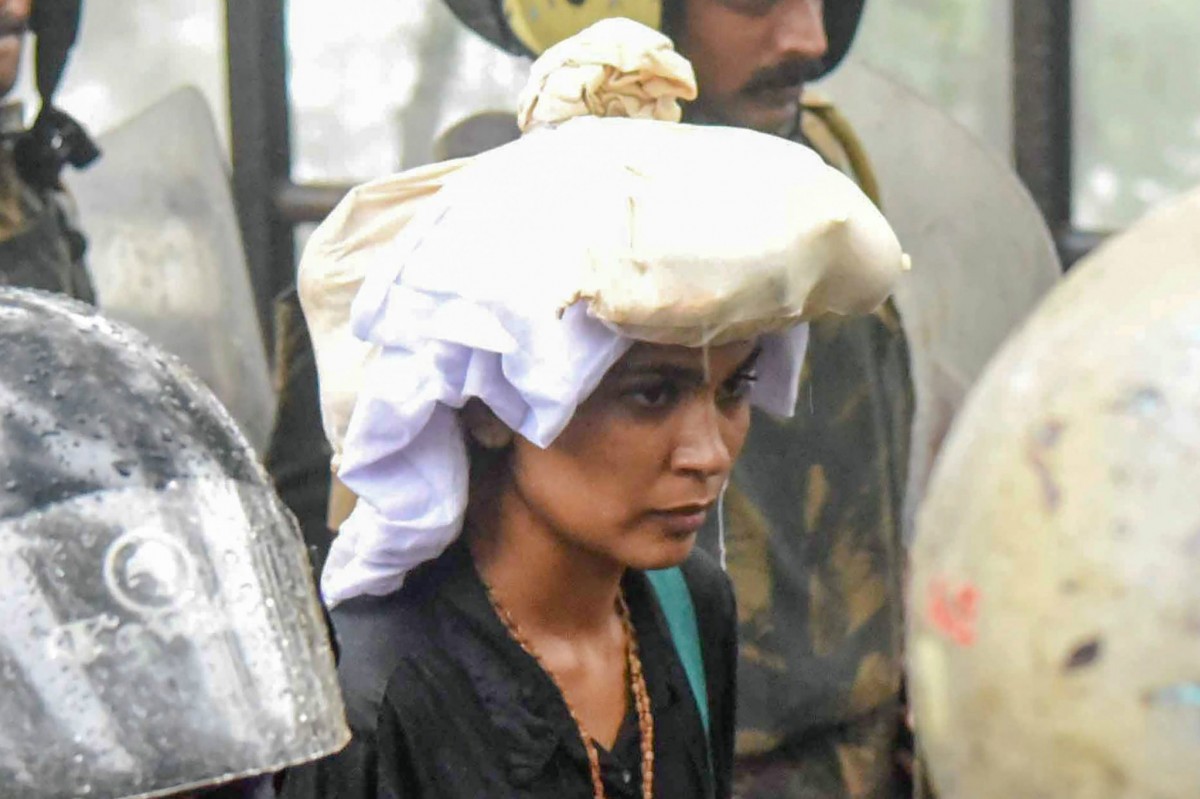 KOCHI Oct 22: Activist Rehana Fathima, who had made an attempt to enter the Sabarimala temple, has been expelled from the Muslim community for “hurting the sentiments of lakhs of Hindu devotees”, the Kerala Muslim Jama’ath Council said.

Initiating action against Ms Fathima, Kerala Muslim Jama’ath Council president A Poonkunju said in a press statement on Saturday that she had been expelled from the community.

He said the Council has also directed the Ernakulam Central Muslim Jama’ath to expel her and her family from the membership of Mahallu.

“Her act hurt lakhs of Hindu devotees,” the statement said. Pookunju said Ms Fathima, who had participated in the “Kiss of Love” agitation “has no right to use a Muslim name”.

The activist’s house was allegedly vandalised by unidentified people while she was away trying to climb the holy hills on Friday. She made a failed attempt to reach the temple with heavy police protection.

The attackers reached Ms Fathima house in Panambilly Nagar here while she was attempting to reach Sabarimala.

A mother of two and employee of the BSNL, the activist had kicked up a row last year by posing for topless photos with watermelons in protest against a Kozhikode-based college professor’s statement comparing women’s breasts to watermelons.

Meanwhile, a case has been registered by police in Pathanamthitta against the activist for hurting religious sentiments.